Over the last 2 weeks I finished these first elements of my Hott (Hordes of the Things) army for the Fall EDBAG campaign. The theme is the "Warband of the Winter Witch" inspired partly by Narnia and partly a function of what I had kicking around in my bits boxes. There is obviously a winter theme here, my first time basing with snow. I thought it turned out okay. The General is a Kislev Ice Queen mounted on a High Elf White Lion, she will be a Magician - General element. Also on the table here are two warbands (Crusader Berzerkers and Thralls from their Viking range) and two shooters (Crusader Bondi with bow, also from their Viking range). The other half of the army is primed and waiting for my next 28mm whim. 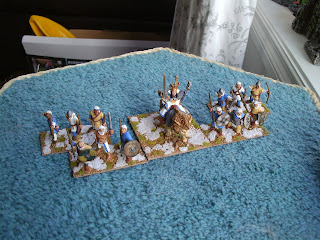 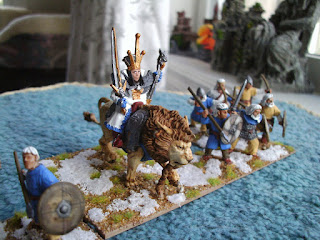 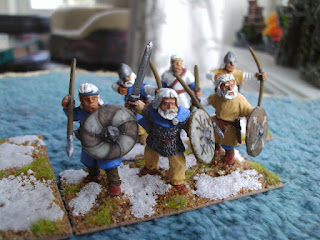 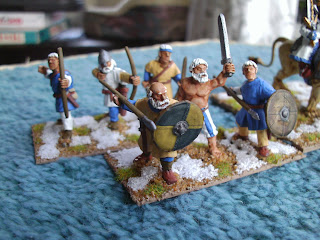 I also dug back into my 1/72 Napoleonics after playing a game of GW-Waterloo (meh- some nice ideas and a beautiful book, but a few glaring play problems that obviously didn't get shaken out with sufficient playtesting. Two that come to mind: cavalry cannot counter-charge enemy cavalry, so my French dragoons were best able to take a charge from lancers by standing and firing their musketoons. Huh? Also, the ground scale is fucked. Musket range is 18" but infantry only move 4" per turn. Do the math, it means we catch a lot of musketballs before closing...I digress...) So I am now inspired to play some Lasalle, I am working on a few units needed to run the La Haye Sainte scenario from the book. Here I have some nice but too-spiffy looking French Legere infantry (Zvezda) 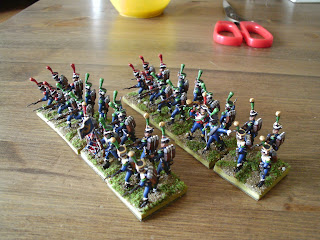 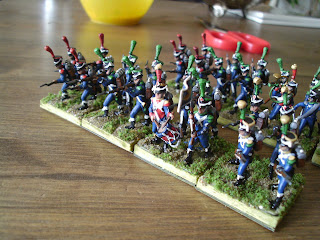 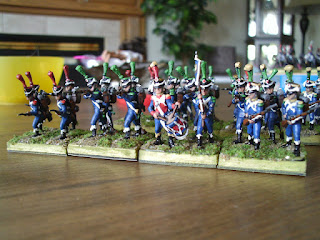 And the Tiger tanks of the Napoleonic Wars, Cuirassiers! These guys are by Strelets and I really like them. Strelets look like poo on the sprue but paint up brilliantly with lots of character and excellent oversized details.. a lot like metals. 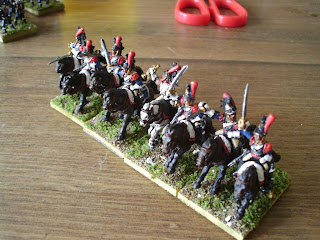 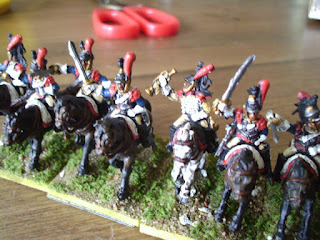 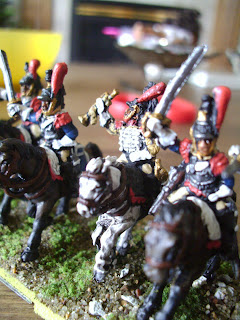 I still have some British dragoons and rocket troops to finish, then we are ready to go.
Posted by Dave at 4:31 PM 1 comment:

10 North African cavalry done this week, these are Old Glory from their crusades range. I like them a lot, lots of character as you expect from OG, and they were very clean casts. A delight to paint! Pennants from LBM. 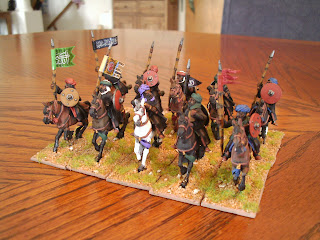 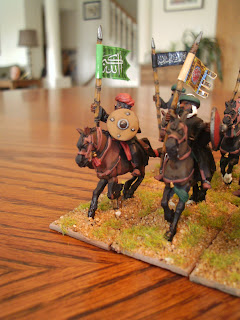 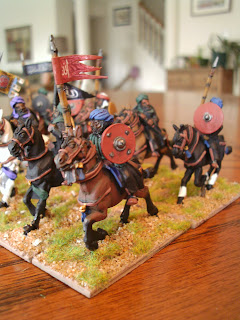