I have decided on a theme and rules for my MayDay Game - it will be a Hail Caesar game set in 272AD around the time of the Roman campaigns of Aurelian against the Carpi, a Dacian tribe on the eastern edge of the Empire that was not subjugated by Trajan in the Dacian Wars. This setting allows me to use my Dacians with allied Goths and Sarmatians as foes for my late Imperial Roman army. For the past few weeks I have been working on Dacians and a few stands of Goths (to me these are generic warriors, fully clothed, with round shields, example below) to fill out the forces, and in the near future I will start working on filling out my Late Imperial Romans.

I also decided that the theme for the DBA tournament at MayDay will have an elephant theme - "Pachyderm Pandemonium" - any army with an elephant element can be entered and player score bonus points for elements destroyed by elephants. I have Sassanids and Abysinnians to choose from, but there are some very formidable elephant lists in DBA, so this should be very competitive. 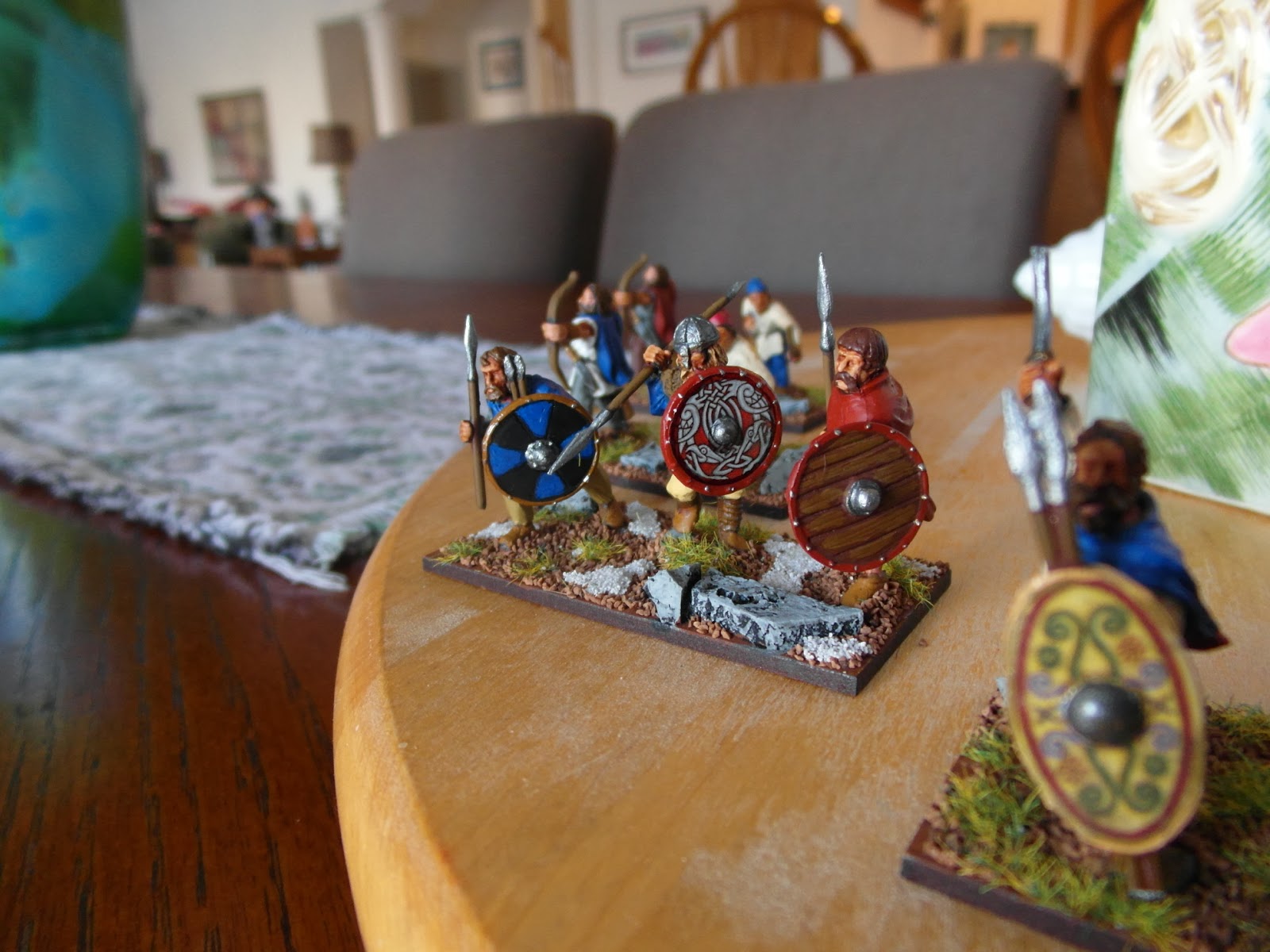 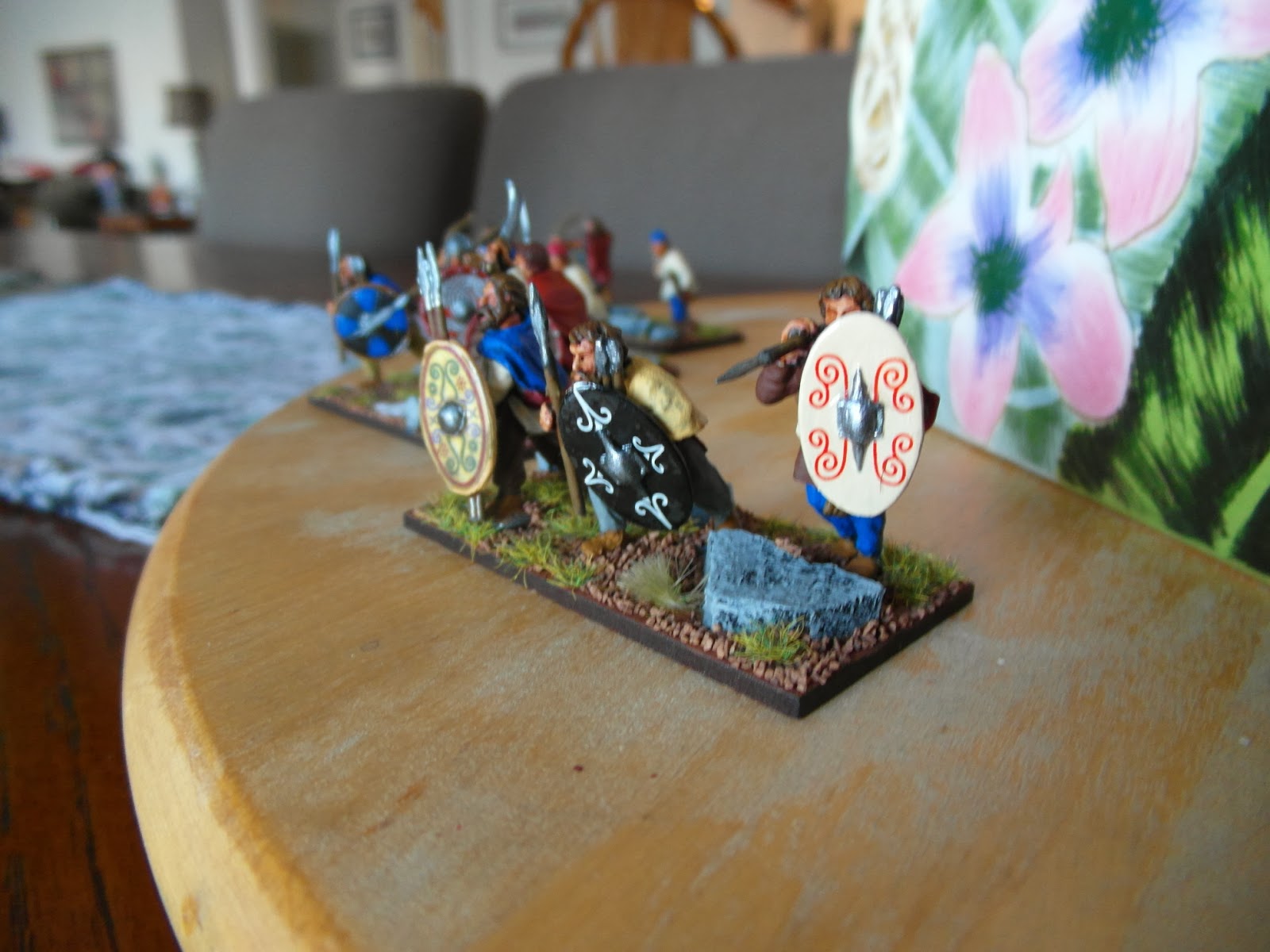 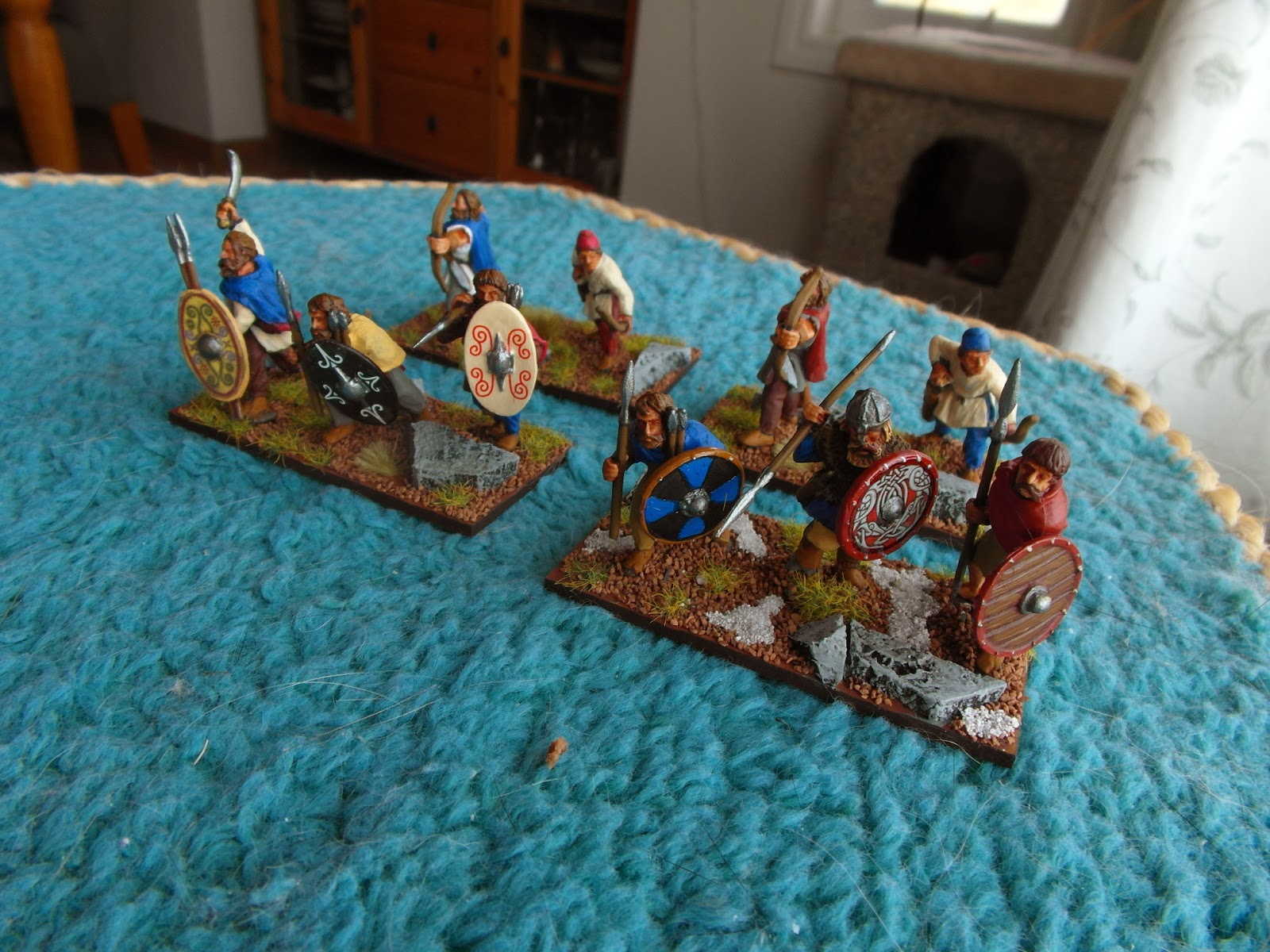