Just finished a few more Reaper Bones models for my "swamp" themed Dragon Rampant warband. I reckon I could run the big guy at the back as a single model Elite Infantry (6 point) unit. The three lizards could be run as a unit of heavy infantry (4 point), not sure about the two snakes. The medusa fig is pretty cool - maybe she should be a lone shooter model unit (4 point)?

Unable to find any Dullcote in Edmonton last weekend, I picked up a bottle of "matte" Rustoleum varnish. Guess what? It's not very matt - more like satin. But I suppose that's okay for reptiles. 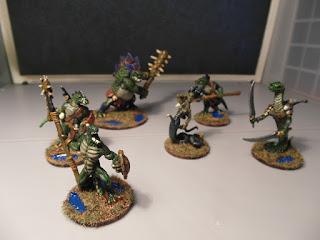 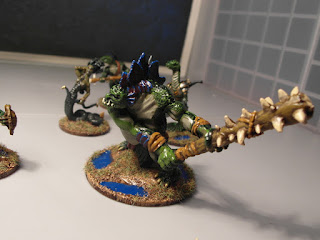 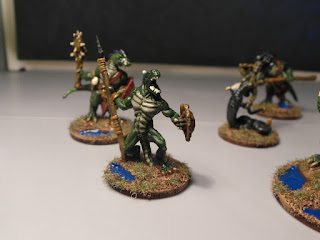 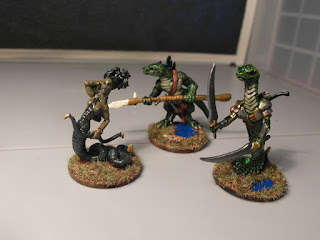 I also did some "small" stuff - these are GHQ 6mm Soviet infantry for the next Team Yankee scenario I plan to run at the club. 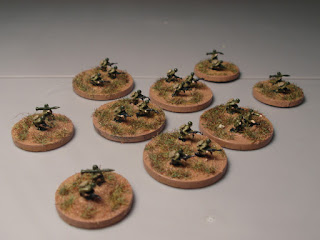 Over the past couple of weeks I worked up a variety of stuff - first we have 4 units of 10mm Gothic infantry who can represent any late Dark Age infantry or perhaps militia of Rohan. Figs are by Magister Militum I think: 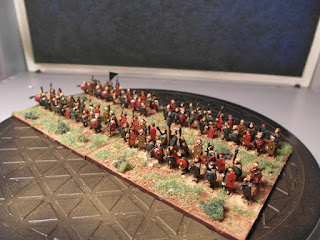 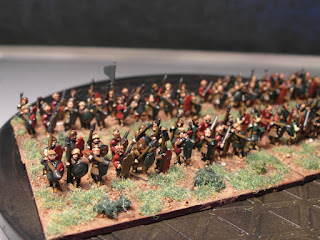 I also worked up a dozen kobolds for a reptilian-themed Dragon Rampant warband that I plan to do using the box of Reaper Bones figs I bought in the kickstarter some time ago. These aren't bad - a bit comical but they paint up easily enough. 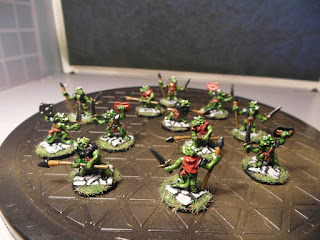 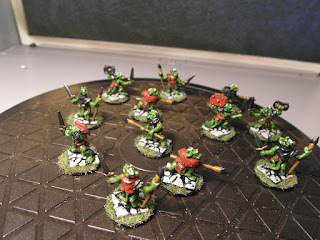 Then finally a bunch of Soviet modern microarmour for my next Team Yankee game - this is the remainder of a lot I obtained in a swap after stripping and repainting. There are assorted artillery (the monstrous 2S19 152mm howitzer Msta in the background!), IFVs, and modified IFVs. 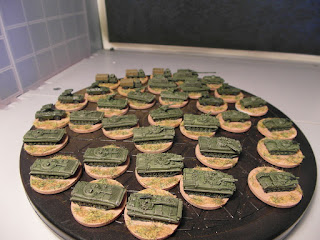 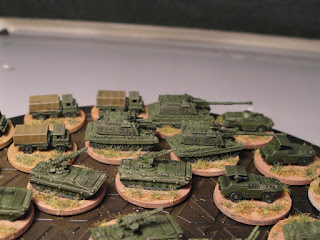 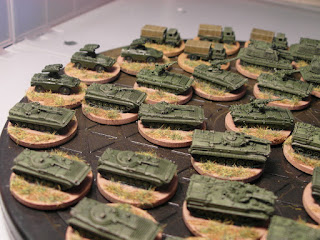 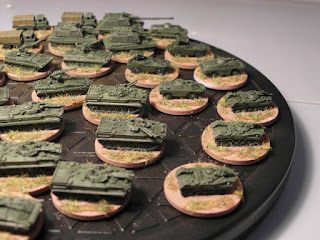 Painted these guys for a Crete scenario I will host at the club next week. I'm a fan of the Valiant figures. These guys will represent the defenders of the Heraklion airfield versus the Valiant paras I have worked on over the last couple of months. 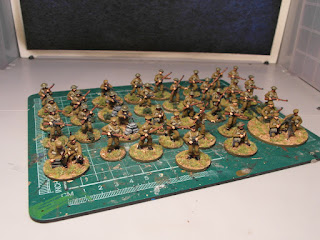 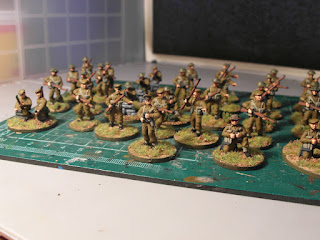 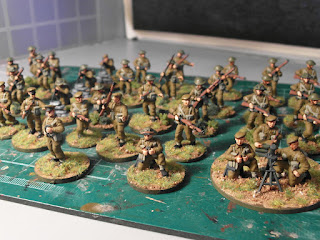