I have been busy getting ECW troops painted now that I have committed to co-running a big game of King and Parliament in May. Here we have my last regiment of foot, two regiments of horse and some dragoons - all Warlord figures. I reckon I have painted more Warlord ECW figures than any other range. I have sizable Scots, Royalists and Parliament armies, and have painted two other ECW armies for other folks! I know every mm of these guys... 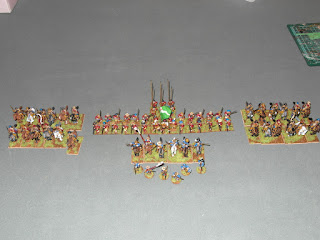 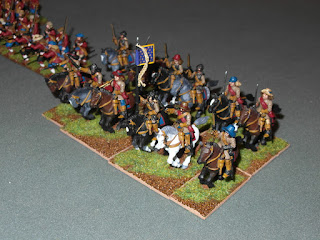 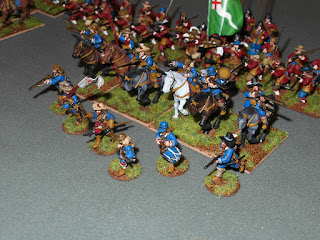 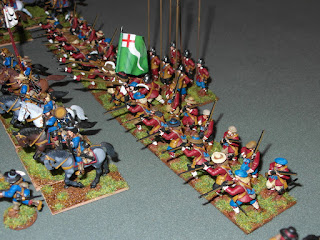 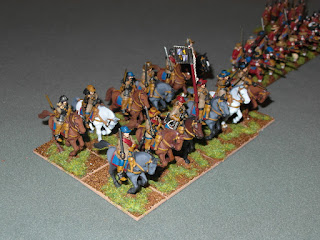 Reaper Bones for KoW and Titans

I took a break from ECW for a week to paint up some of my Reaper Bones models for Kings of War armies. Including some translucent Barry Whites for my Undead army: 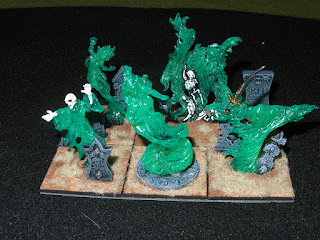 A couple of There Wolfs - I need a couple more to make this a Horde strength unit. 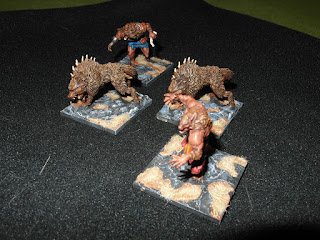 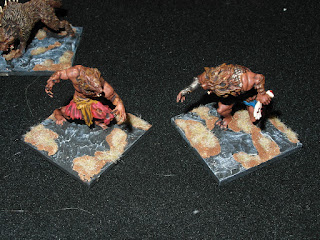 And a couple of Cloud/Storm Giants. 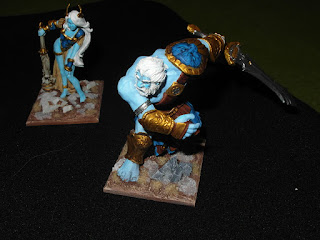 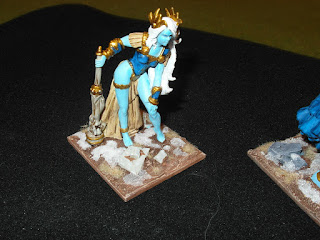 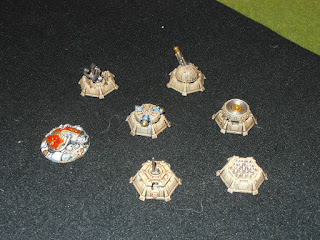 Which reminds me that I forgot to post my completed AT Warlord Titan and maniple of Legio Ignatum now complete: 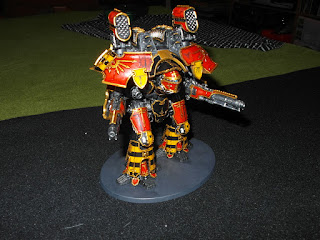 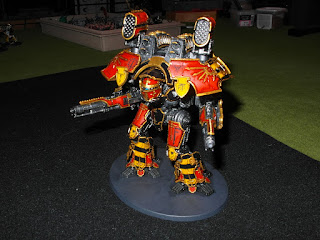 Battle maniple of the Legio Ignatum - yes I have left the bases plain because I don't have the stuff to do them justice: 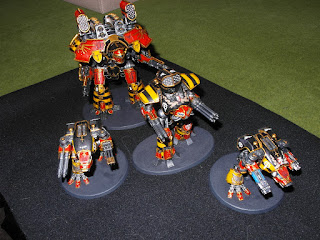 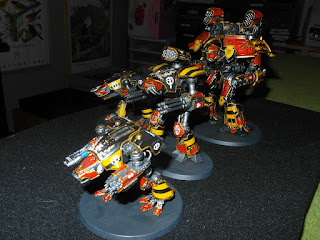 ECW Royalists and the Witch King

I am putting a bit of a push on to paint up a Royalist ECW army for the upcoming MayDay game event in Edmonton in 2 months time using King and Parliament rules. Here are two regiments of foot (Warlord Games) done as Rupert's "Blewcoates" and Newcastle's regiment in white. In here is also a Witch King model I did some time ago but forgot to blog - so here he is! 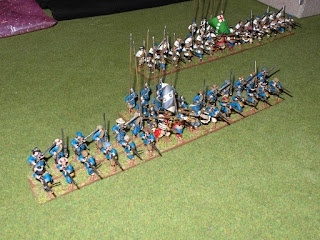 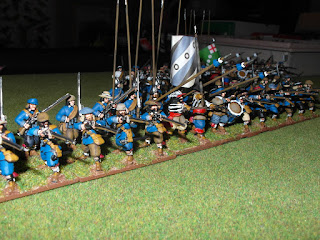 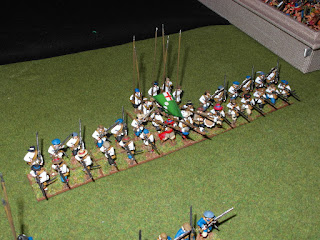 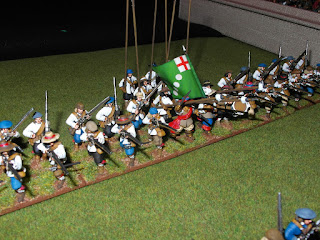 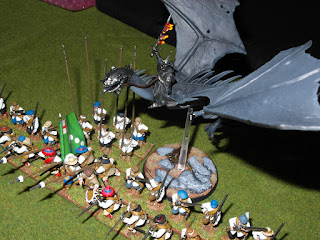