Here we have a few more older models for my undead HOTT army. First is a Grenadier Death Dragon, a very nice model that will likely serve as a Behemoth in my army. Bit of a bugger to put together though, and quite heavy! 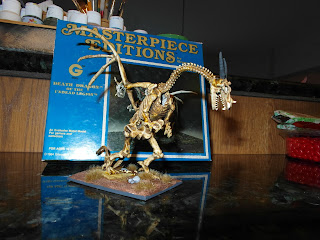 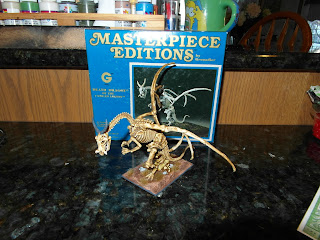 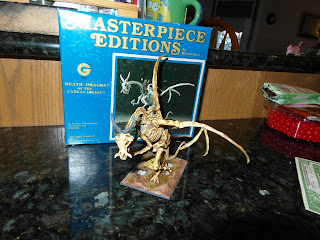 I also did another GW Lahmian Vampire, I love this sculpt, she's a beauty. She will be my General, could be a Magician or Hero, or I might pair her up with a dark rider to be a Rider or Knight. Not sure yet. 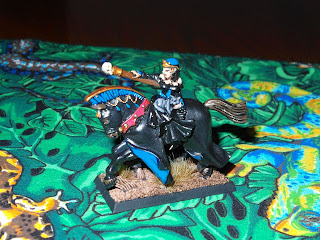 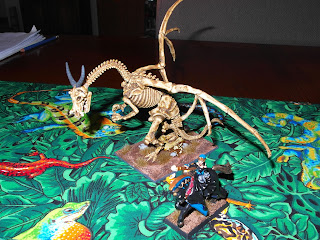 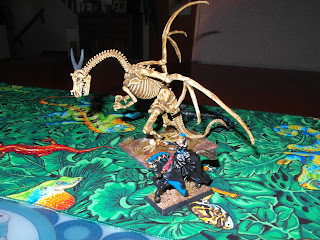 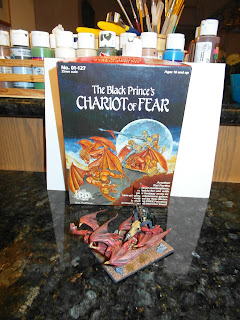 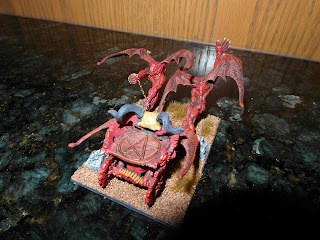 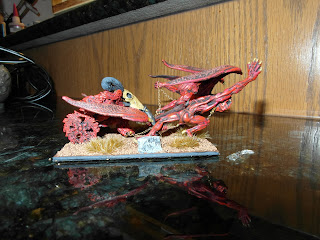 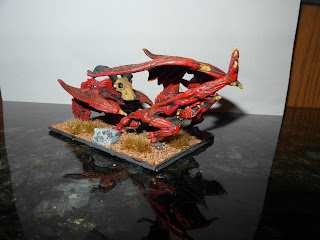 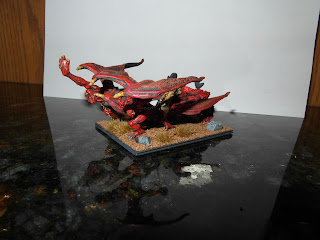 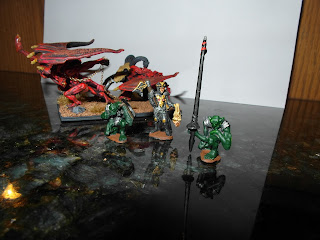 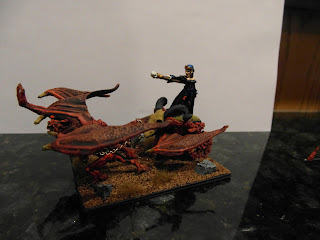 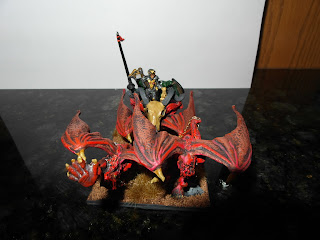 I completed six bases of late Roman auxilia troops by Foundry. I have decided to do the Battle of Adrianople using BBDBA to focus my painting, so these will be the 2 bases of auxilia required for each of the 3 Eastern Late Roman armies that I will need to put together. I also experimented with the Army Painter "jungle tufts" on the bases, which I think worked quite well. I think they are a better product than the GW tufts. 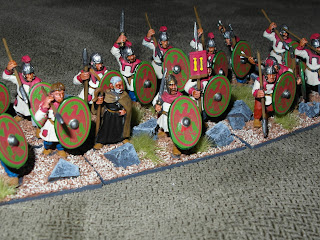 I also did a couple of giant bats by GW, I may use these as flyers in my undead themed HOTT army for the next EDBAG campaign. The tufts on these bases are Army Painter "highland tuft" product. Very dead looking... 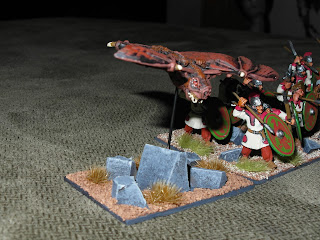 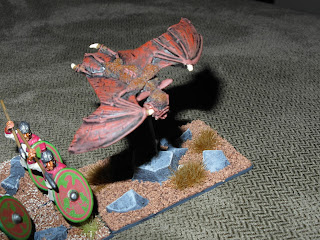 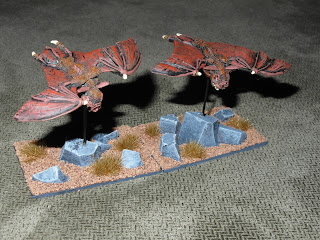 Is it easy being green?


I can't decide whether green tunics are too much for my next unit of late Roman infantry, along with green shields. Or should I stick with a simple sandstone tunic with red trim. What do you think? 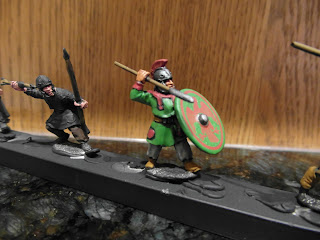 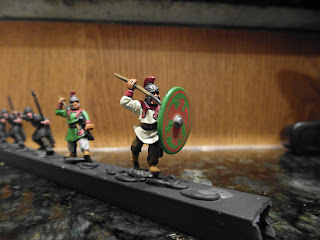 First project of 2013 is a Late Roman army in 28mm starting with heavy infantray. These are Foundry, very nice sculpt by the Perrys, who are my favourite. Beautiful figs, just a joy to paint. I have another 2 units of unarmoured foot, and will likely order some archers and cavalry for my birthday later this month to round them out. 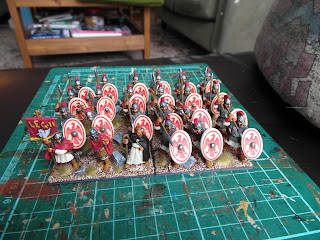 I also experimented with some different basing materials, I used Woodland scenics ballast for the ground, cork for the rocks, and GW tufts for the grass bunches. I also based everything on 60mm frontages since they will be used for either WAC/WAB using casualty markers or element based games such as Dux Bellorum or DBA. 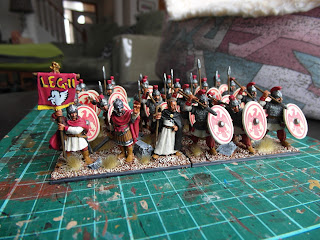 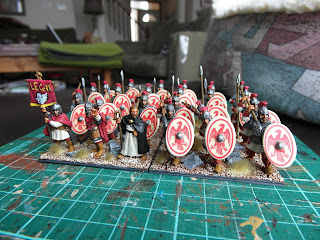 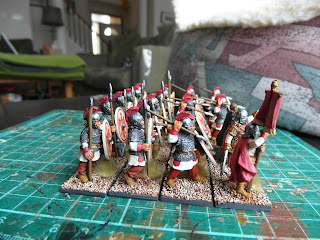 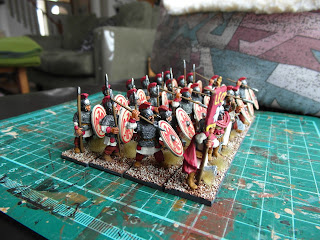 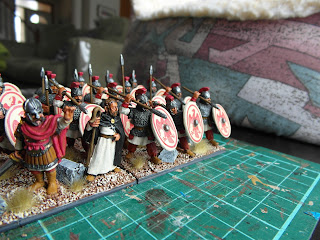 Nothing much painted over this break, seem to have finished a number of big projects and have been contemplating what to do next. I knocked off a couple of Hat 1/72 Theban cavalry to fill out an orbat for an upcoming BBDBA game that I am hosting. Not much pose variety but accurate figs: 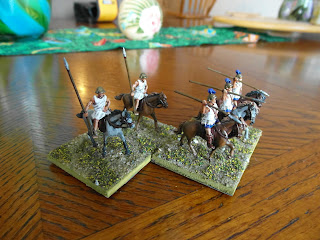 I also played around with the new camera a bit more on close-ups. Look - the cat has eyebrows! 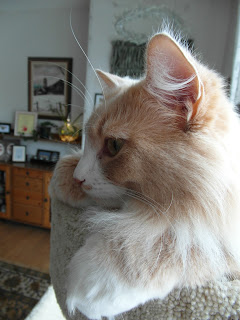 As 2012 closes, and the world didn't end, it's time to take a bit of stock of projects completed and ongoing. I painted just over 1200 figures and models this year, about half of which were 1/72 scale. In this scale I completed a Swedish army for Maurice, Greeks and Persians for Impetus, Napoleonics for Lasalle and CCN, and various WW2 for small unit games. Next abundant were 28s which are Ancients, Medievals and ECW. Completed projects included Reconquista Christians and Moors, Celts and Romans, and Scots and Parliament for ECW. A couple of DBA armies and WW2 micro/pico scale stands.

In 2013 I have plans to continue WW2 in all three scales (go figure.....must be nuts), 28mm Late Romans and enemies, more 1/72 Napoleonics, and I am hoping to do some Fantasy stuff for D&D with the kids when my Reaper Bones stuff arrives in the spring.

Gaming-wise, I played less DBA than in previous years partly because one of my best gaming chums moved away (boo!). Command and Colors will continue to be a favourite next year, and I have high hopes for War and Conquest to take the place of WAB. I also look forward to figuring out Maurice and perhaps some more Lasalle. 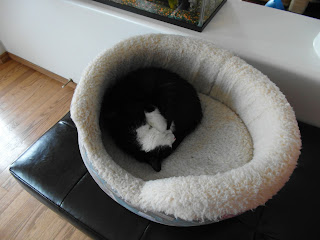