I have done bits of painting over the last couple of weeks, I picked up a copy of Heroquest to play with the kids and a huge haul of Lord of the Rings models at a recent swap meet for them to learn to paint. That's a project I might blog at a later date- the 9-year old is not bad for a beginner. I also obtained some old GW Adventurers from Terry (ta!) and painted some of them to use in Heroquest. I quite like them- very colourful characters: 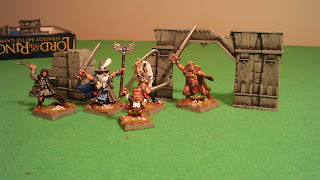 And while awaiting an order of 1/72 Swedes for Maurice, I also expanded my Spanish 1/72 stuff for my next Lasalle game. These are 1806 Prussians by Hat, I chose them for the bicorne which just seems so stylish it works for the Spanish: 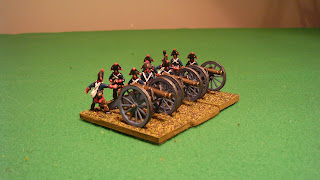 Not just the artillery, but the cavalry too: 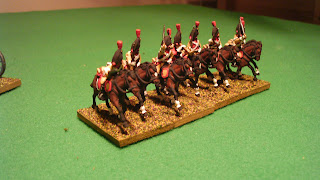 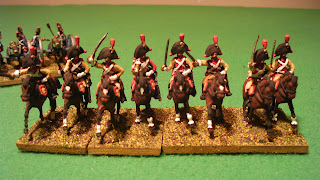 On the go I have my 28mm El Cid stuff to complete in preparation for an October games day. Just finished off the Almoravids, now to get to the Christians.
Posted by Dave at 11:33 PM 1 comment:

Over the past couple of weeks I finished a box of Zvezda 1/72 Cossacks for my Swedish GNW army, includes irregular mounted: 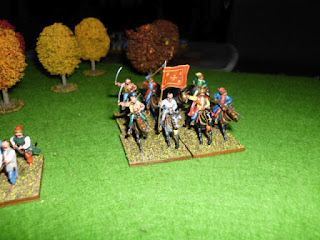 Foot (cool drummers) and artillery (on a cart) 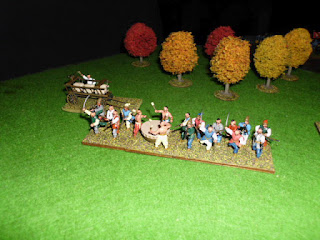 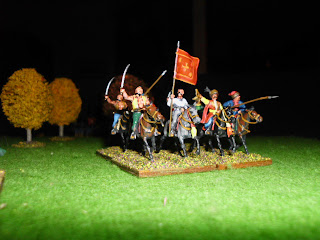 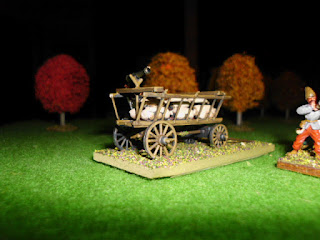 Plus a box of Swedish infantry (enough for two units of foot) and some Russian dragoons painted as Swedish horse: 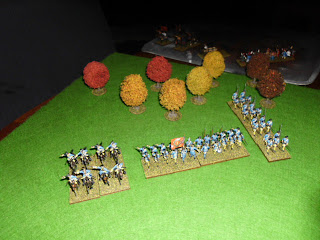 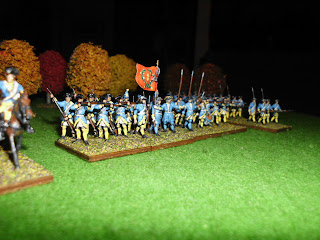 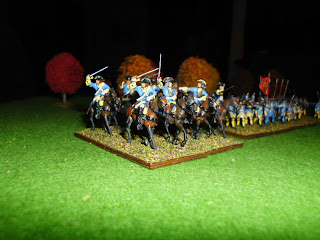 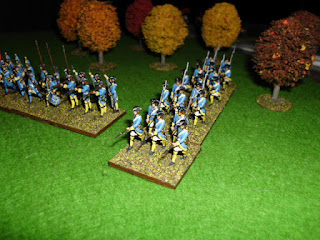 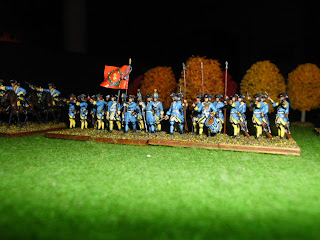 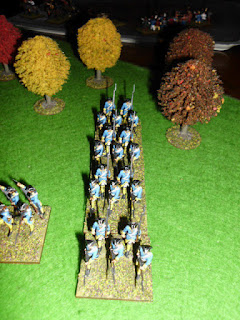 They are all based on 40mm squares, which makes things easy and accommodates anywhere from 4 to 6 foot figs comfortably on a base.

I am now back to Napoleonic Spanish for an interlude, then perhaps some more Swedes if they show up...

I've been making progress on my Swedish army for the GNW, but still await bases to complete the three regiments already painted. Between Swedes, I have completed a brigade of 1/72 Spanish for my next Lasalle project (Albuera). There are no Spanish to speak of in 1./72, so these are Hat 1806 Prussians- vest and bicorne makes them look close to early war Spanish uniforms. 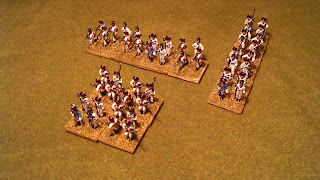 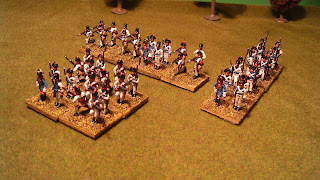