Around yet another work trip, I completed an Imperial Guard Chimera to ferry around my Cadian kill team - this came with the job lot of 40k stuff I picked up at MayDay. This was a fun model to build and paint: 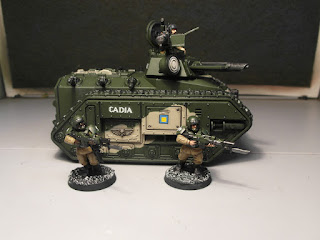 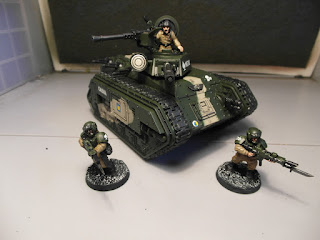 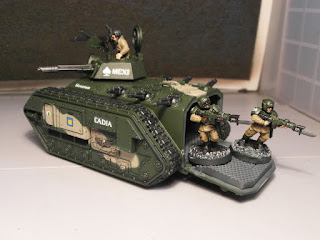 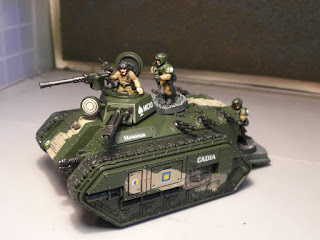 Plus 3 more regiments of Austrians - Grenzer border infantry - in 10mm: 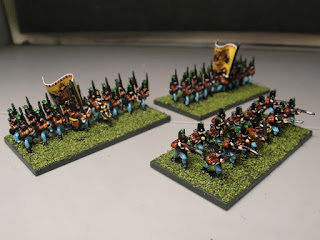 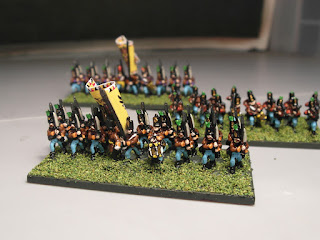 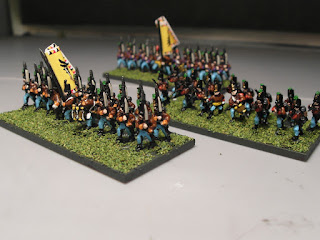 Over the past couple of weeks I felt inspired by Kevin's blog about  GW Shadow Wars Armageddon, so I picked up the rules, liked them a lot, then picked up a batch of Imperial Guard stuff at a swap meet, then as the insanity reached a fever, I ordered 3 Gothic building sets from Pegasus to build a table of a ruined city for playing:

Gee - I can't wait until the missus sees the Visa bill....

So, here is my first stab at a kill team of Cadians, loaded with veterans, lots of grenades and lasers - plus flamer and sniper. It's designed to be shooty and explody at short range, but nerf when it comes to close quarters. Probably nerf all round, actually, looking at how the competition lists shake out.

I really enjoyed painting the models, they are just great. Really you can't be GW quality - if you like what they are making that is. I've always like the Imperial Guard (OK - now known as Astra Militarum....) 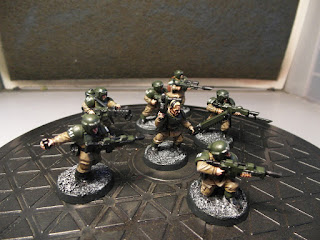 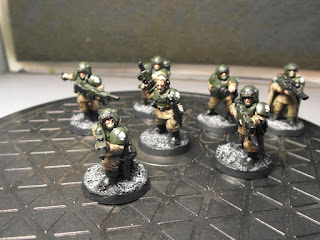 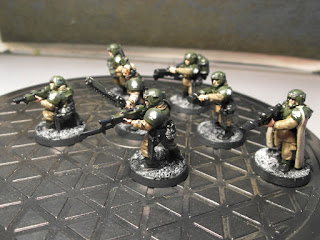 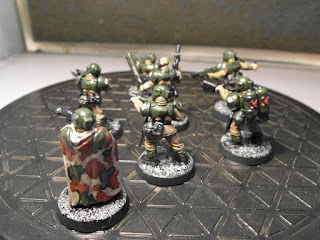 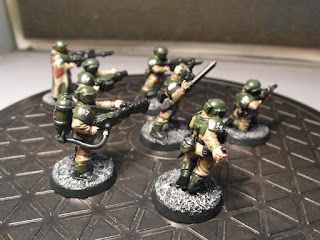 And I also managed a couple of stands of 10mm Naps - Hungarian grenadiers for my Austrian army: 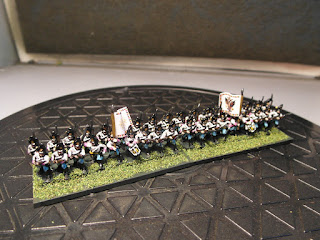 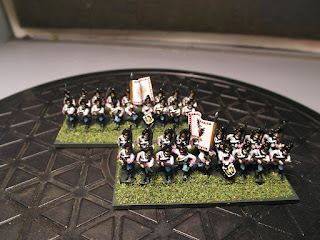 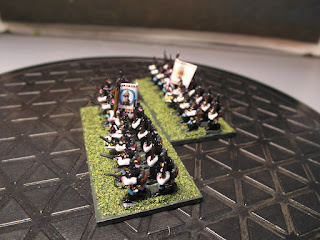 Once again, a bit of this and a bit of that. Looks pretty ocd - but hey - I'm never bored with it! Starts with French HYW foot knights in 28mm by Old Glory, followed by some 10mm ECW artillery...: 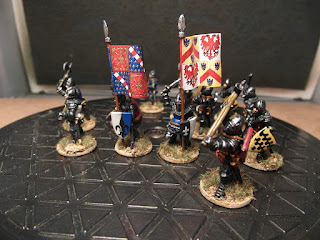 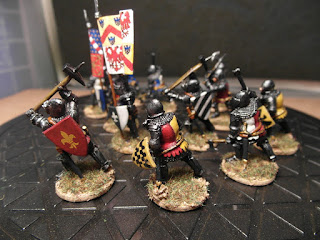 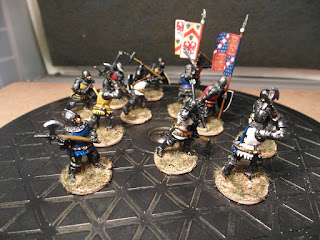 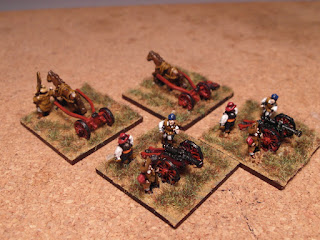 Then a batch of Heroics and Ros WW2 Italians - which again, I was very impressed with. 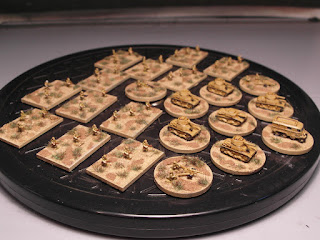 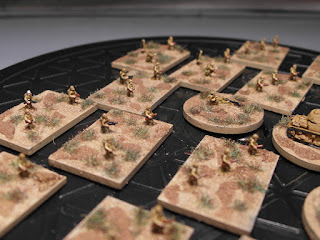 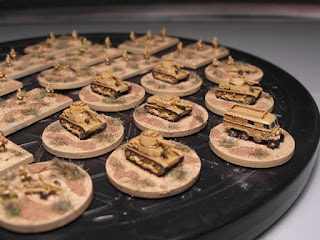 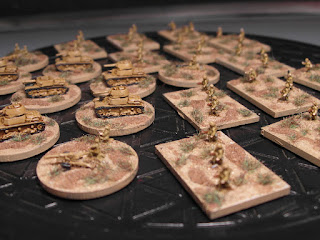 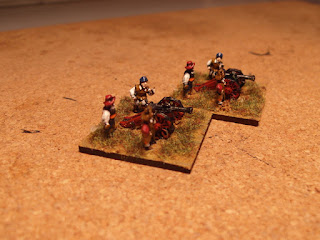