I completed a few mounted Bretonnian kniggots over the weekend. First there is a generic Brettonian lord 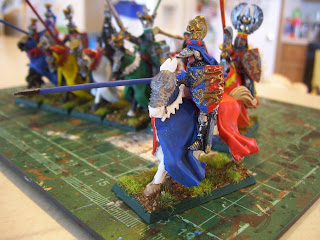 And there are 6 Grail Knights, the hardest bunch of the Bretonnian muster. Two strength 6 attacks on the charge, immune to psychology: 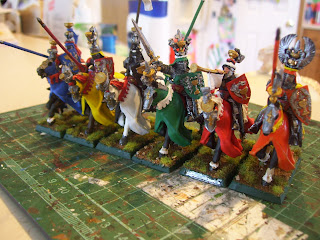 These are really beautiful models. I like the raised shield design since I could never paint medieval heraldry freehand. I can barely pick these out. Here is the leader, I've done him in Saskatchewan Roughrider green: 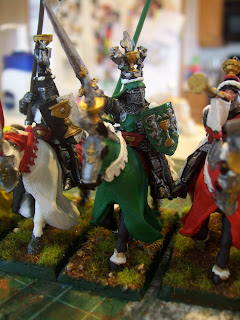 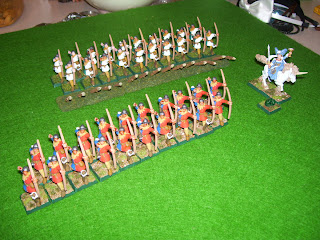 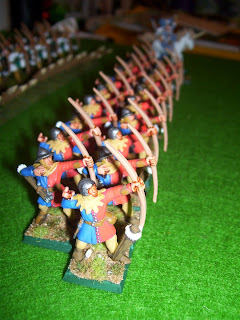 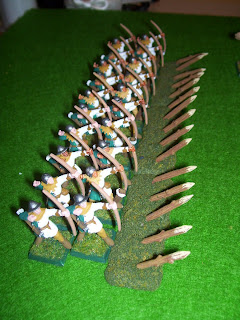 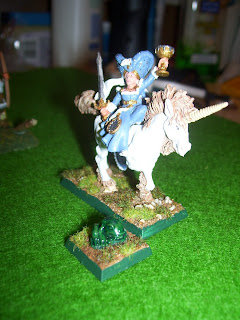 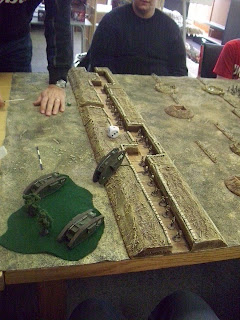 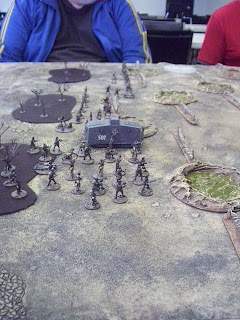 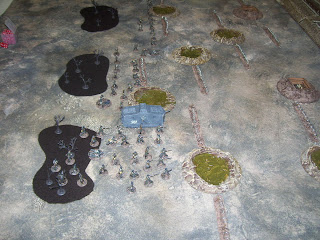 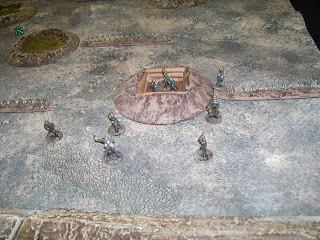 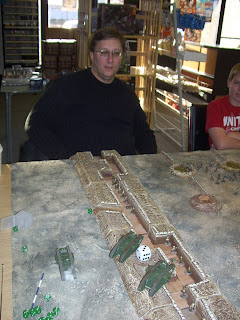 For the last 2 weeks or so I have been repainting and painting 1/72 British and Zulus to run a Black Powder scenario at the club. The Vimeiro scenario played well using BP, so I decided to run out my colonials after also watching Zulu again (for the 20-odd time). I have the Colonial Campaigns Zulu War scenario book which is really excellent 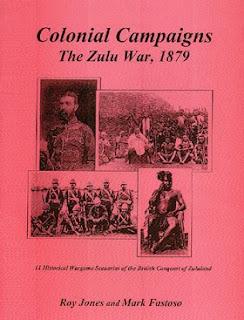 and helps to focus the modeling. I am going to run the Isandlwana scenario. While that battle is ostensibly one-sided and not much fun to game, the scenario is well thought-out and should provide a challenge for up to 5 players.

It requires of course, some stalwart British infantry, here painted as 24th foot with regimental and Queen's colours (Esci 1/72) 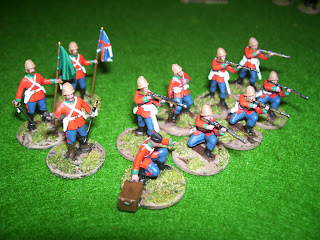 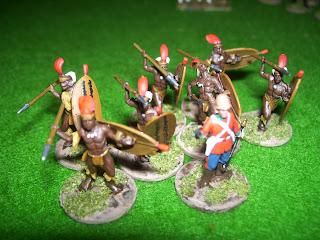 I picked up a new box of British mounted infantry (Hat 1/72) which will not factor into this scenario, but are very nice. 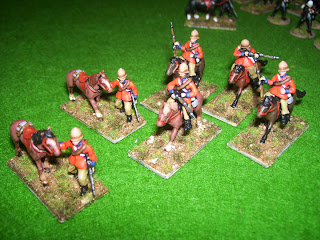 And I painted-converted half of them into Natal mounted police, which do appear in the scenario: 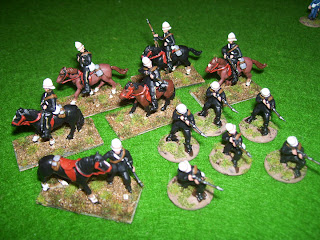 The artillery is a Napoleonic 9lber with US civil war crew. I head-swapped the crew for tropical helmets to make them look British, and I doubt any of my mates can tell the difference between a 9lber and the correct 7lber... 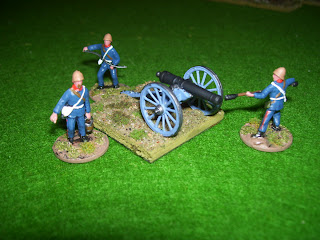 There are also some wagons to represent the baggage train, which is a Zulu objective. The Conestogas are from Imex and are excellent, the field forge is Hat (French Napoloenic). 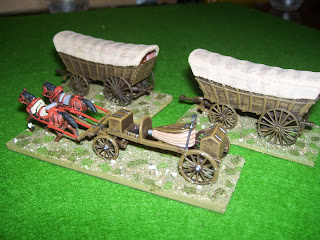 I just need to finish off another 24 Zulus and this one is ready to go. I also need some 1/72 tents. Any suggestions?