Over the last week I completed my third regiment of foot for my Parliament army. I need this unit and one more for my MayDay game. I decided to do these guys in hunter green tunics with buff facings because I like them. Not sure if there were any green coat regiments left by 1651, when New Model units were mostly in red coats, but who knows? These are yet more Warlord plastics, funny how I don't seem to get tired of assembling and painting them. 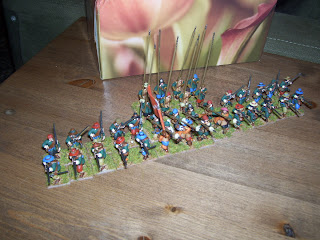 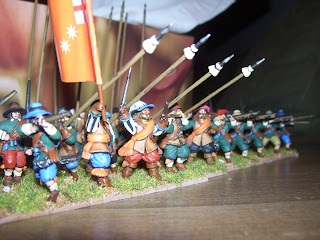 I think I have settled on running the battle of Inverkeithing (Covenanters vs New Model Parliament in 1651, following Dunbar) for my MayDay game using Warhammer ECW. I can do it a 1:20 or so figure scale.
Posted by Dave at 10:47 PM 3 comments:


I completed a few bits and bobs last week including this very nice Celtic cart from Warlord that will come in handy for baggage or an objective in Saga: 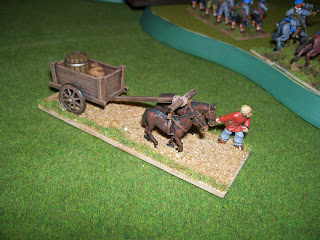 I also converted a cavlalry trooper to be Montrose's Royal Standard bearer, here alone and beside an ensign from the Irish Brigade. The flags are from Battle-Flag and I highly recommend them (http://www.battle-flag.com/). 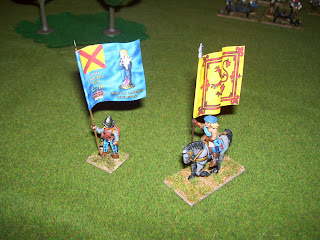 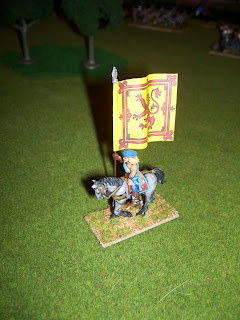 And a Lord Leven, also from Warlord, who stood in for Lord Balcarres in a refight of the Battle of Alford between the Royalists and Covenanters. 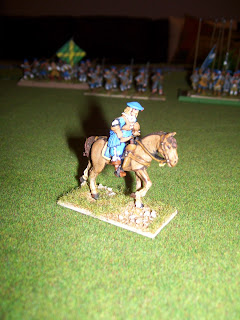 I used an order of battle for Warhammer English Civil that I found on their Yahoo which is a really good resource (http://games.groups.yahoo.com/group/WECW/). There are a series of excellent Scottish scenarios for the ECW by David Whitfield. I played Alford with Mark on Saturday. We really enjoyed it. 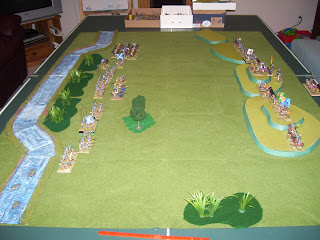 The Covenanter artillery battery misfied 3 times and only hit 2 models the whole game before being overrun by Highlanders. 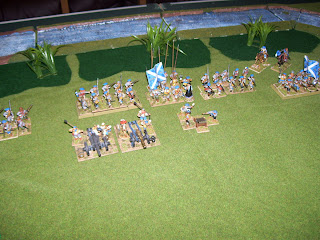 Montrose was instrumental in leading a counterattack with Highlanders against Balcarres horse which broke the Covenanter left flank. 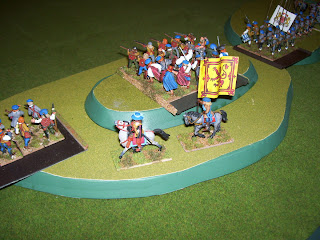 Other highlights include disastrous advice from a pushy Presbyterian minister attached to one of the Covenanter regiments (run away!) at the worst possible moment which left the Covenanter right flank open. The Irish rolled them up.

Most of the Covenanter army fled into the marshes and were cut down. Strangely historical outcome....

Up next: Currently working on another Parliament regiment of foot for the battle of Dunbar.
Posted by Dave at 5:51 PM No comments:

This week I finished off my first box of Warlord Celts, this batch has a few carrying gory trophies. These were fun to paint. 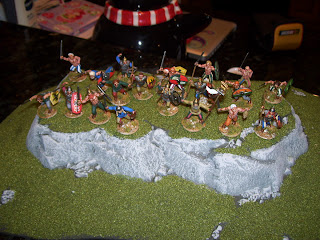 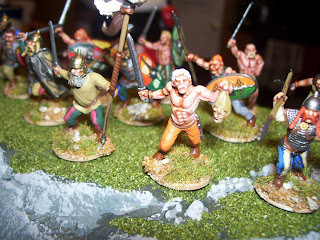 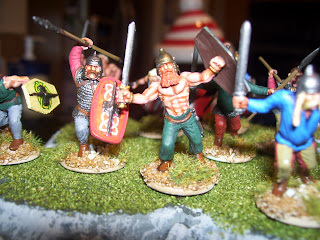 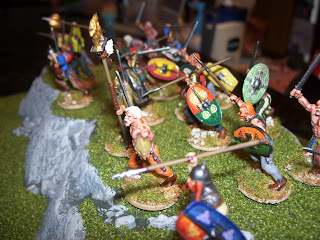 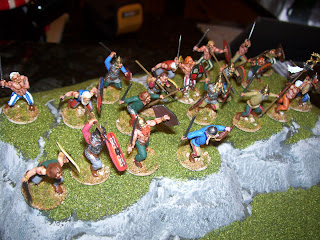 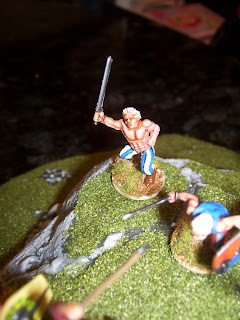 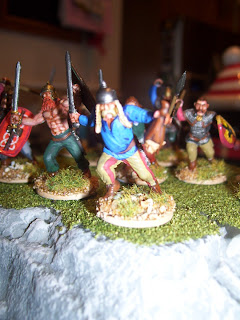 The cat (Harry the ginger Norwegian forest cat) also received a new outfit. He has an incredible temperament, I think he enjoys makeovers... 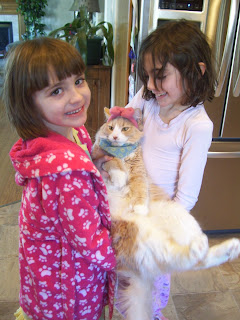 Today I finished 20 Warlord Celtic warriors. Very nice sculpts, perhaps a bit over-animated, but much better than WF Celts in quality. They would be quite difficult to rank up on 20mm square bases so I put them on 20mm washers which give a couple of advantages including heft, magnetizability, and ease of ranking. The other shortcoming of this set is that there are only shields for 50% of the warriors and while the transfers are nice, they are paper stickers that have to be cut to fit. A real bugger to get right! 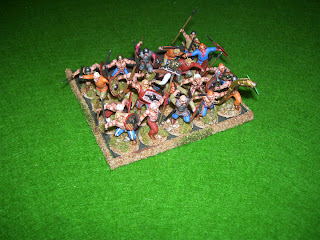 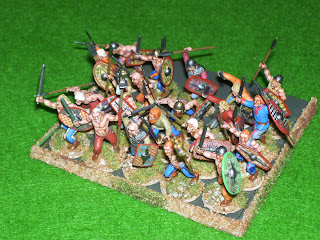 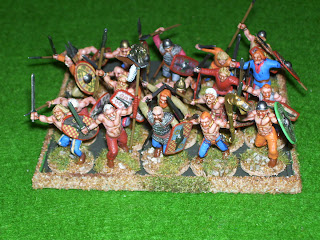 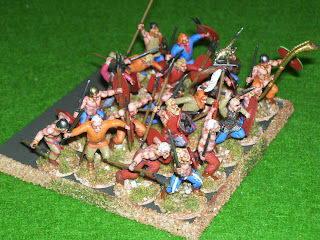 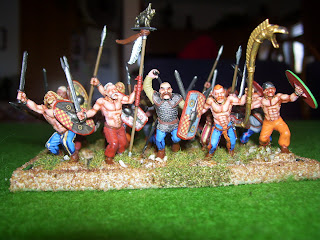 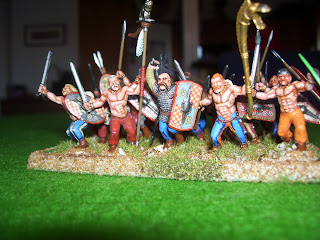 I think my work on fleshtones has improved, same paint scheme as the last batch but a bit easier on the wash, plus the detail is deeper and anatomically better on these than the WF shop mannequins. 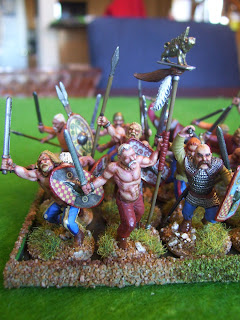 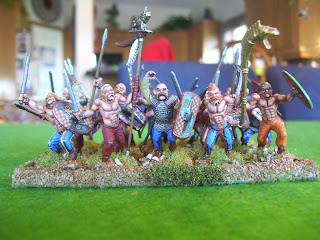 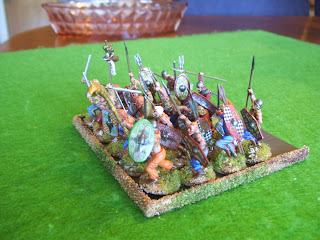