Here is my completed DBA-RRR (I/9a) army of Maximillian Imperial (1494-1506) which is decidedly Germanic in flavour. There are 3 men-arms (Kn) including the General, 4 Landsknecht pike (Pk), 2 supporting verlorene haufe with halberd (Bd), 4 arquebus (2 as Sh, 2 as Sk), 1 great gun (Can). Figures are all Foundry. I will now work on assembling a French army featuring Swiss mercenaries as opponents. 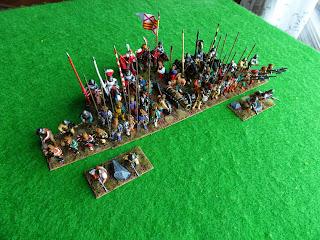 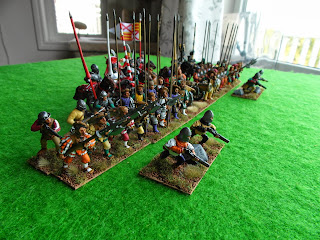 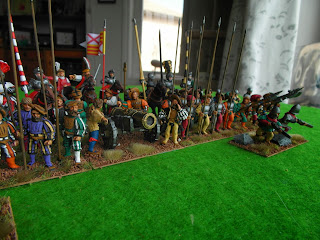 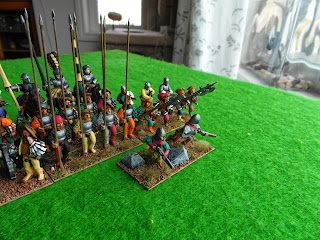 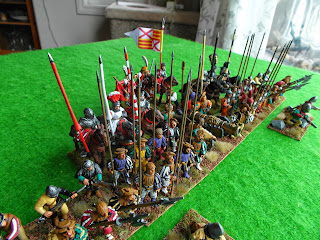 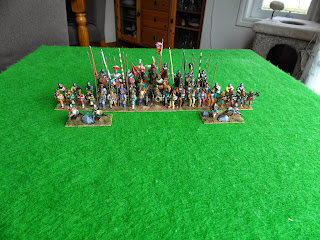 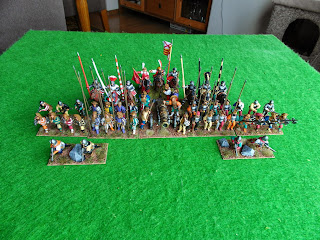 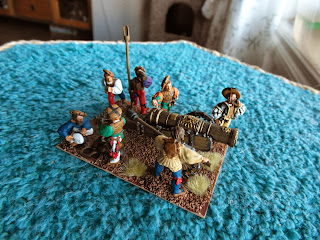 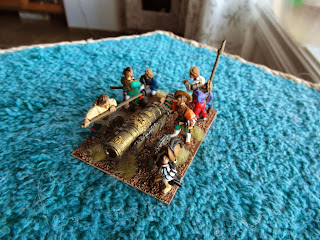 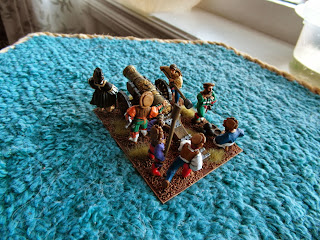 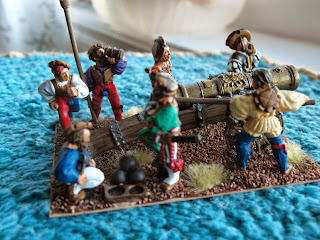 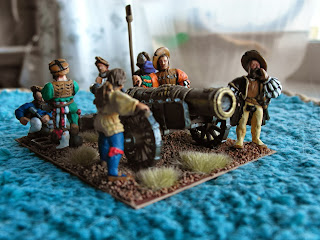 On another note, sure is irritating how I can no longer save text boxes in Blogger. Like, WTF? What's wrong with leaving things alone? I have not been able to update any of my sidebars for more than 2 weeks now. I've sent feedback off into the void several times now...grrr.....
Posted by Dave at 7:59 PM 3 comments:

More micro-armor, dang this stuff is good. Think I have a better handle on the panzer camo, let me know what you think.

These are for a Memoir '44 Wittmann scenario I might run next week at the club. They are sitting on my new idea for forest terrain tiles. 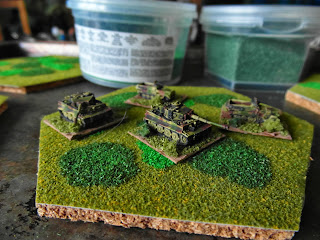 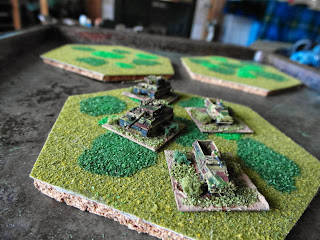 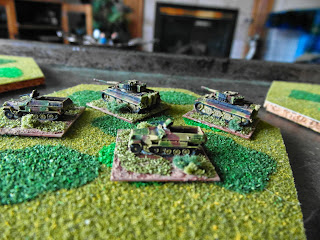 I picked up a batch of micro-armour suitable for the Arab Israeli Wars, I've been very interested in doing some Cold War era gaming for a while. I'm torn between 70-80s Europe and 68-73 Arab-Israeli Wars. I'm kind of doing both - the Israelis are Centurions (Sho't) and M48s (Magach) and M3s. There is also an out of scale Super Mystere flying overwatch. On the Arab side I have done T-55s and BMPs in Russian green, along with a BTR-152 and Shilka, so they could double as Syrians in the Golan theatre of 1973 or be pressed into Soviet service as second echelon divisions for Fulda Gap or some other scenario.

This stuff is just gorgeous - there is nothing better until you get to 1-72, and then it's close. 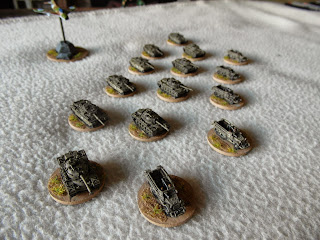 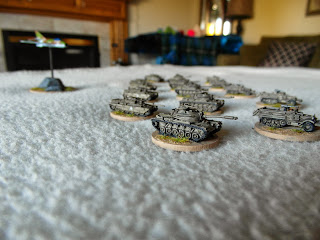 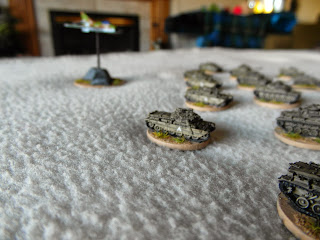 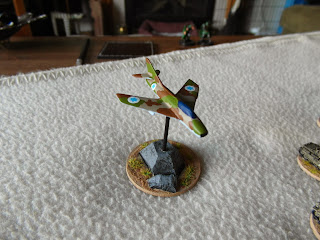 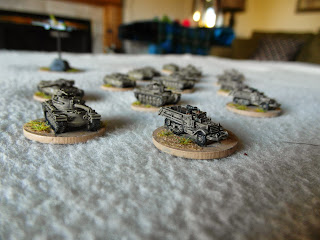 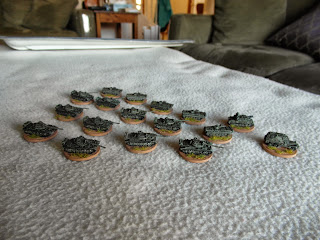 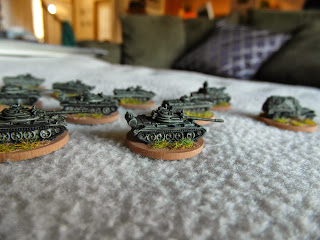 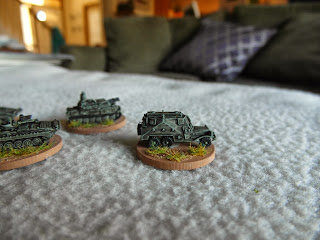 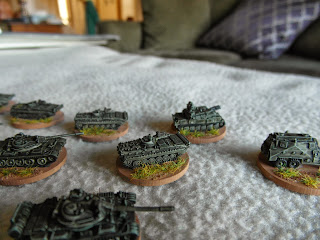 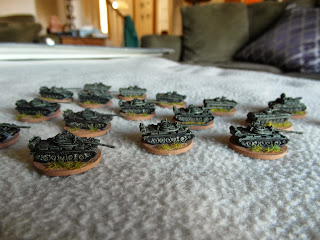 Two bases of Foundry Gendarmes for my DBA-RRR project - these will be in the service of Maximillian. 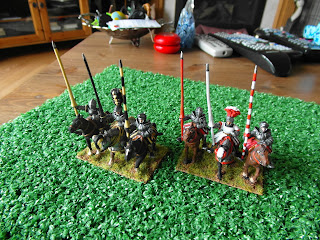 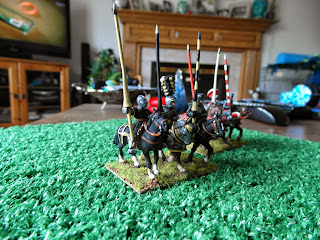 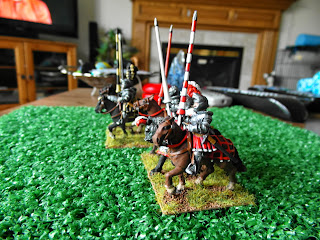 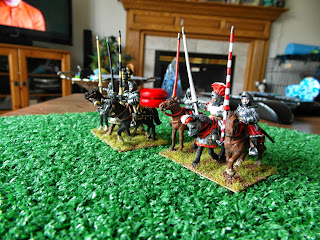