which has inspired me to dig back into my 10mm Napoleonic collection and work towards an 1809 scenario for Blucher or CCN. So here they are, 3 units of Pendraken and a unit of Old Glory. Not hard to tell which are which - one of the Pendraken units with the white flag are converged grenadiers. 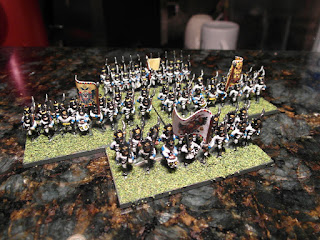 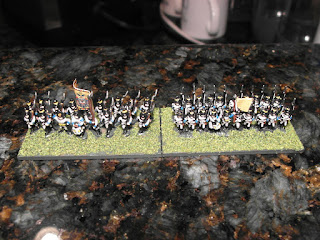 I just finished a box of Team Yankee BMPs and a platoon of Soviet infantry by Battlefront. I based the infantry on small washers instead of the unit bases. The BMP kit comes with a choice of either the BMP-1 or BMP-2 upper hull. I did both, then magnetized them so they can be swapped out depending in which I want to use. Not sure if the kit was designed for that, but it's a nice bonus feature. 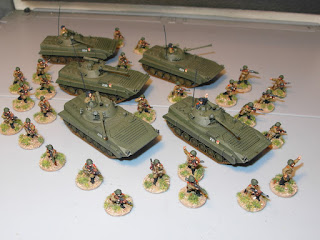 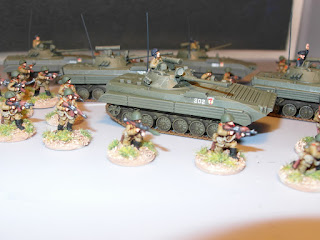 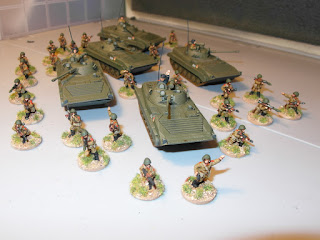 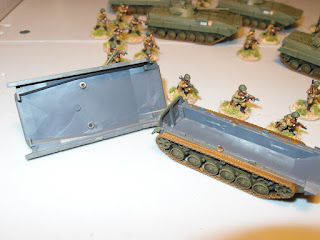 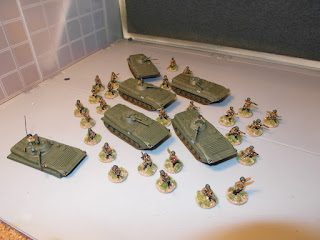 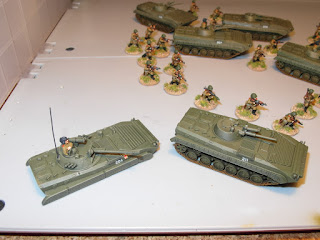 It took me a while to get to this annual year in review post - I have been painting a Scots Common army for DBA and it seemed to take forever! Lot of figs in this one, pike, knights and assorted other foot - pics below 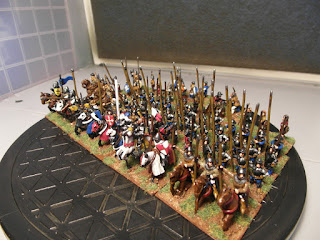 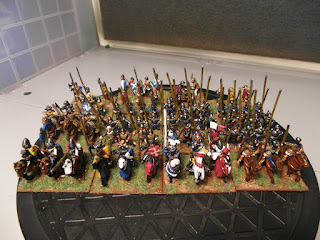 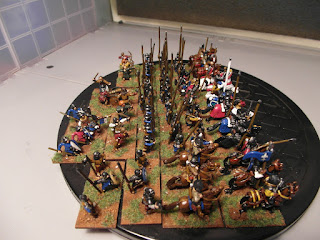 I have also been working on some 15mm moderns that came from Santa - I got a bunch of the Team Yankee stuff for 2017. I couldn't resist - don't plan to play their game in 15mm (it doesn't work for me in that scale) but rather some variant of Bolt Action and maybe the TooFatLardies modern game if they get to releasing it.

Here is a T-72, a Zvezda BTR-90 and a Huey UH-1 which is a repaint of a die-cast I picked up some time ago in a department store. 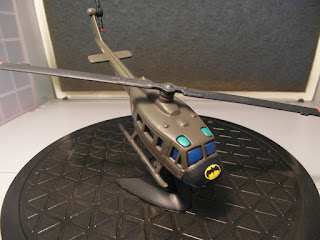 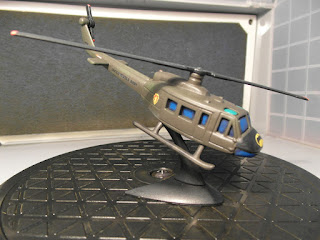 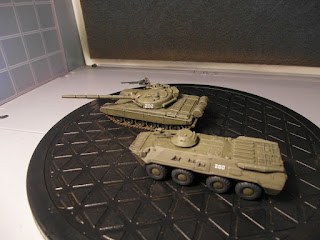 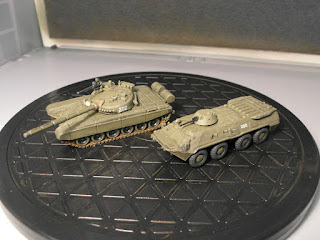 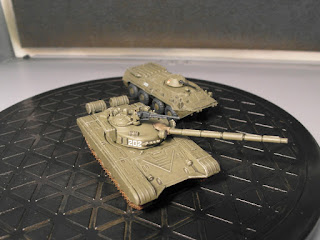 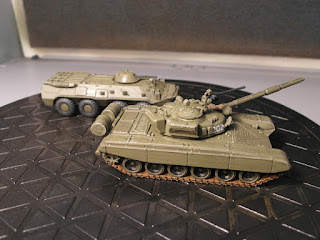 I managed only 15 games of DBA this year - mostly with Dennis I think, we also played quite a lot of Dragon/Lion Rampant. I'm looking forward to playing more Historical KoW in 2017 - that's a nice tight ruleset for mass historical battles.

This year's painting totals were similar to previous years - about 1,300 completed figures and models, although the numbers are perhaps more dominated by 10mm napoleonics and medievals:

I look forward to doing more 15mm moderns, 28mm medievals, and 10mm naps & medievals in 2017.  Although you never know when something else shiny will come along!