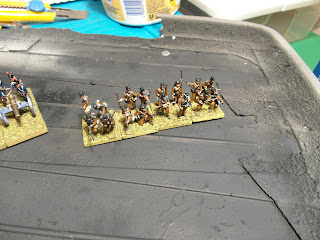 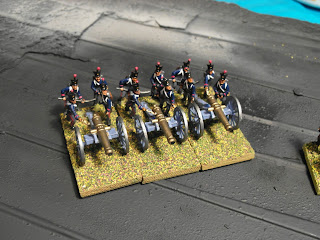 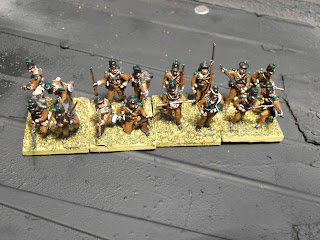 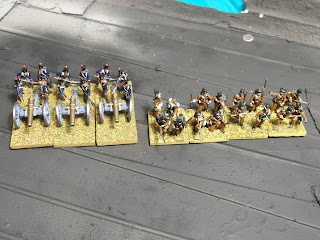 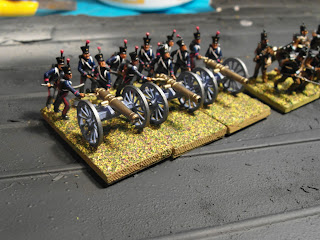 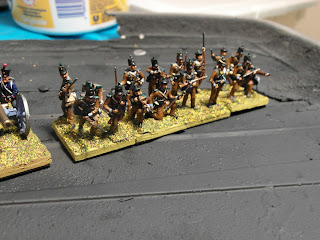 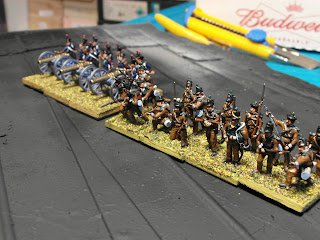 Here we have the first few cohorts of 10mm Romans that I've picked away at over the last couple of weeks. They are very easy to paint and look good en masse- I decided to base them on 60mm frontage for DBA, but also decided to work up a couple of CCA Civil War scenarios pitting Pompey versus Caesar. In doing so I will end up with a Late Imperial DBA army and a Marian Roman army - using one for Pompey and the other for Caesar. 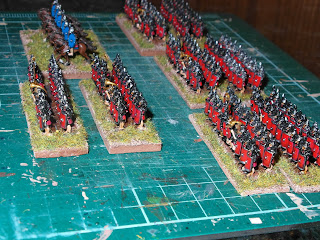 This weekend EWG held our annual MayDay gaming convention which was a smashing success. I ran a War and Conquest El Cid game pitting the Christian Spanish attempting to recover stolen booty in a counterraid (Apellido) from Almoravid Muslims. I played the Almoravids with Dennis, while Scott and Jonathan played the Spanish


My main score at the auction this year was a big lot of unpainted 10mm Old Glory Roman Imperials for a song. Like 10 bags of cavalry, legion and auxilia for $11!! Well, I already have Romans in 28mm, 1/72 and 15mm...so why not? I like the mass look of 10mm for big battles.

I painted up 6 strips of legion, they went very quickly and I think paint up very nicely. I am going to do them for Impetus, Hail Caesar or perhaps DBX.FOG. Of course, it means I need to buy an opponent, would like to get something not warband with a lot of cataphracts or other elements types (Parthians, Palmyrans, or maybe Pontic?). 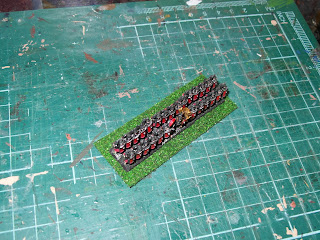 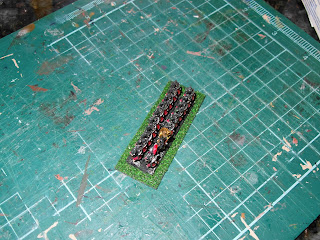 I can't decide which to go with. Any opinions out there?
Posted by Dave at 11:28 PM 7 comments: