Here are 5 more units towards a Quatre Bras scenario in 10mm. One regiment of Polish lancers of the Imperial Guard and 4 regiments of infantry - Magister Militum figures. They sure do paint up nice! 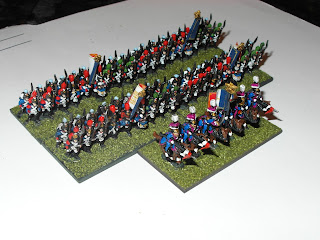 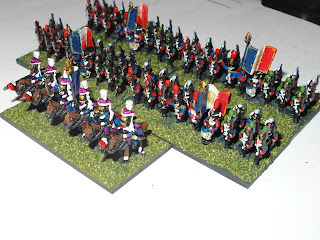 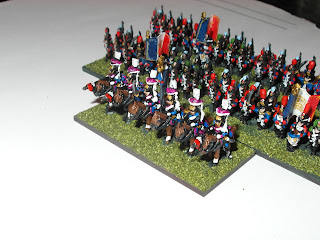 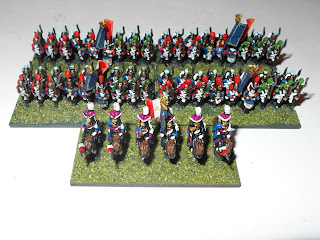 I played Kings of War at the club this week and it rekindled my interest in 28mm fantasy. My 2000 point Brotherhood army (GW Bretonnians) managed a victory against a formidable force of Salamanders (Kevin's beautiful lizardman army) by virtue of twice rolling 12s on morale checks - bloody lucky! One of those rolls held a rock hard horde of Primes up for a turn wavering and allowed my Redemption knights the opportunity to land a massive charge first.

I figure that I might need something crunchy to add to my Brotherhood force - perhaps a Forsaken Beast. I found an Owlbear model in my Reaper Bones box and tested out my new airbrush at the same time.

Pretty goofy looking model...kind of reminds me of the Jekyll and Hyde Warner Brothers cartoons from when I was a kid. 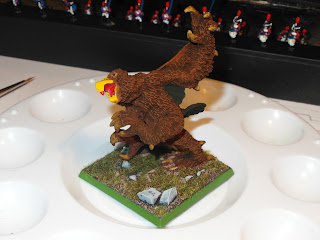 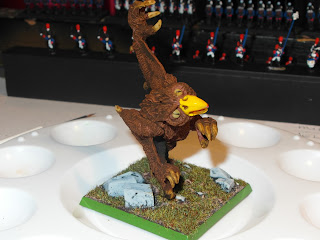 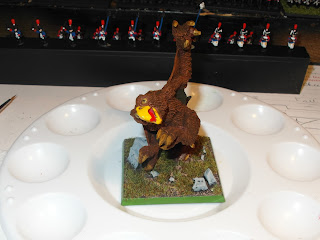 My first 4 regiments of French infantry painted as lights and line. Figures are by Magister Militum. 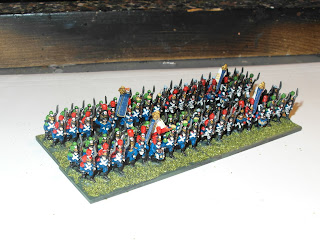 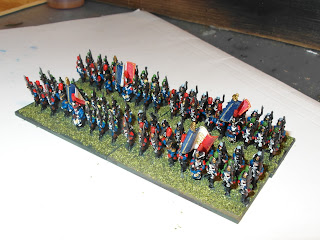 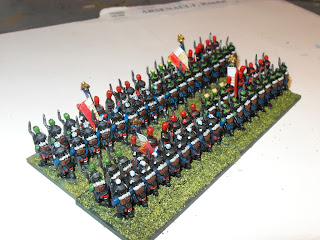 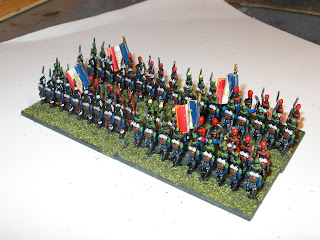