Inspired by the upcoming release of a new Sam Mustafa ruleset for the later part of the Roman Empire called Aurelian I painted a regiment of Sassanid Persian cavalry - 28mm figs by A&A with LBM shields and banner. I have a ton of Sassanids to do, but I find they take forever to paint. Even if I don't finish my Persian horde in time for the release of the rules, I still have sizable late Roman and Gothic/Sarmatian armies to play with. 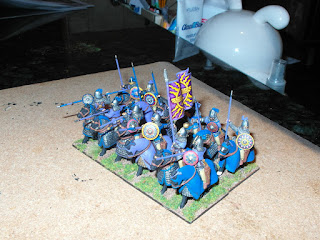 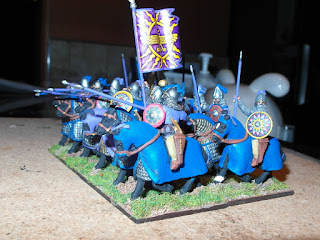 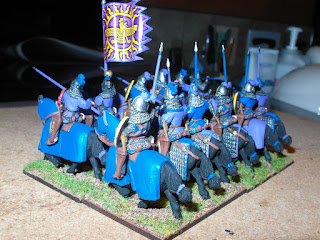 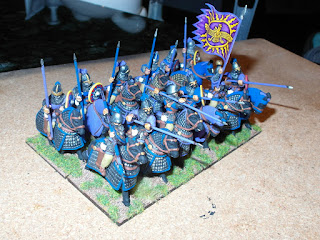 Over the last 2 weeks or so I worked up a 5 point Saga warband of Normans for a buddy from the club in exchange for a copy of the CCA Spartan expansion. Nice figs - these are Gripping Beast 28mm with LBM shield transfers. 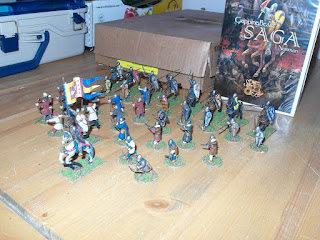 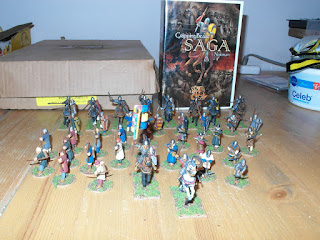 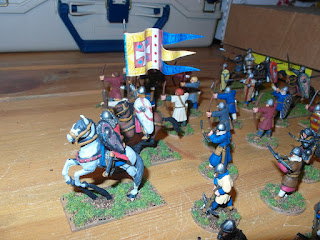 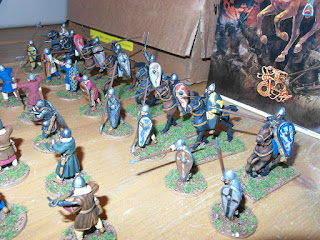 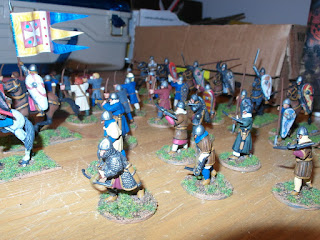 Over the last 2 weeks I have been working my way through a reinforced platoon of 20mm Brits for the Operation Marlet Campaign from TooFatLardies for Chain of Command. The figs are a mix of vintage Platoon 20 (casted by RAFM), Plastic Soldier Company, and even a few Revell and Matchbox dudes. See if you can spot them: 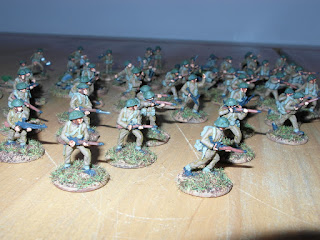 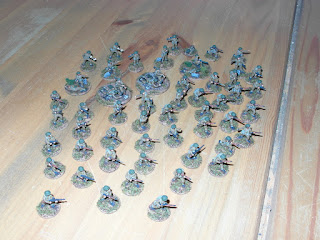 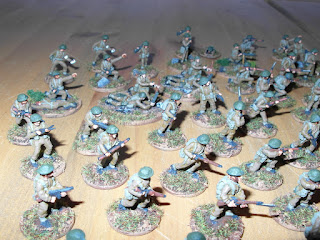 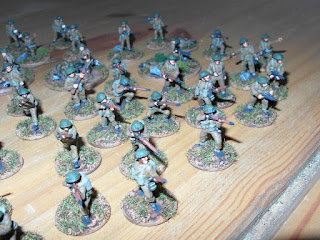 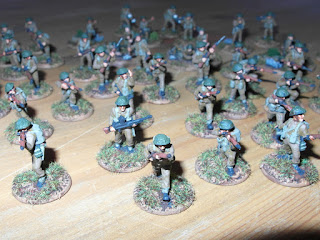