In my typically eclectic (ADD?) fashion I have been working on different genres and scales for the past little while - here we have warriors of Rohan and a Mordor troll from the Pelennor Fields box set: 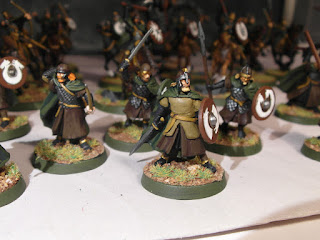 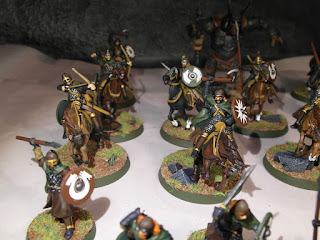 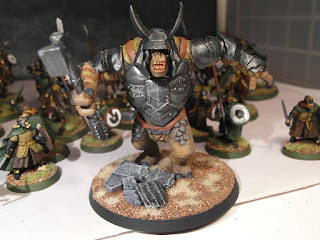 As well as some US tanks and Stug upper hulls for Tanks! and Flames of War 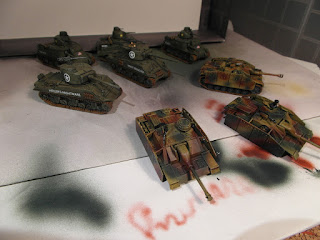 I originally did the Stugs with the earlier upper hull and painted them in panzer grey for Stalingrad era gaming, but I didn't glue the upper hull on so that I could swap it out with a later model upper hull done in dunkelgelb. Presto - convertable Stugs! Well the undercarriage will be grey but it's not that noticeable under the shurtzen. 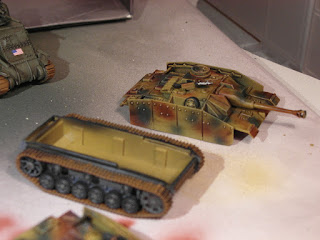 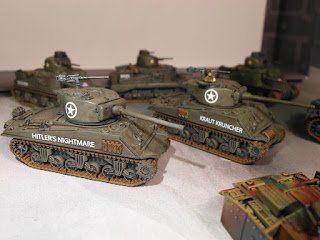 I finally got around to painting my first Kill Team - the Genestealer Cultists from the box game. These are fantastic models with great character and lots of weapon options. I opted for a mix of shotguns and autoguns with the heavies loaded out with a grenade launcher, flamer, stubber and laser drill. I like these guys a lot - unfortunately they are not a full team (only 60 odd points) and are not terribly formidable for shooting or melee - so they will need to be reinforced by either a few pure strain Genestealers or maybe some Acolyte hybrids. Maybe for Christmas? 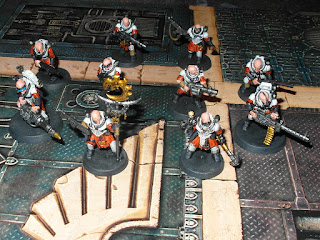 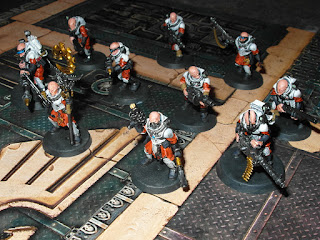 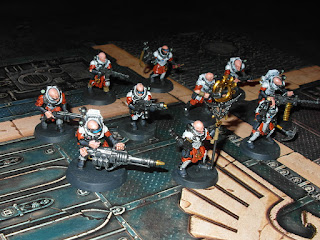