Just finished a box of Scottish Covenanters for ECW, this includes a block of 16 pike with command and two sleeves of 12 muskets each. I like them a lot: 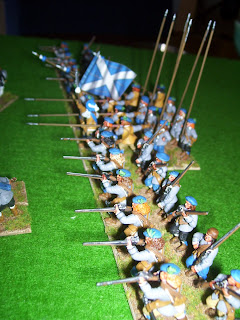 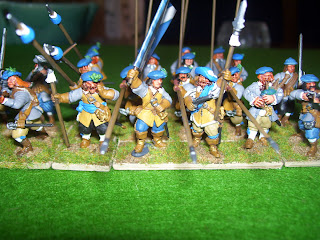 Also a frame gun with crew: 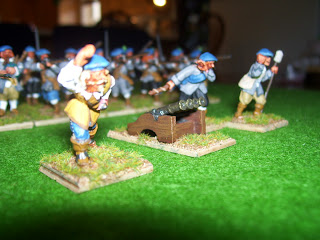 And a nice model of King Charles to lead my Royalists: 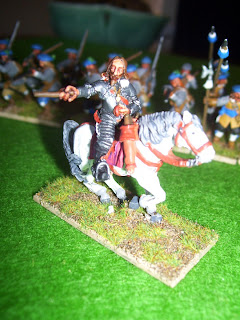 The painting goes well, but the project lacks a bit of focus since I don't have a goal in mind, and none of my mates are painting ECW. It's a "one of these days" project.

However, Kevin is starting a WHFB 8th edition project, so I ordered the book, coaxed two other friends into doing the same, and negotiated the purchase of an Empire army (shh!!! don't tell the missus!!!). Quite excited to start this in a week or so. In the meantime... not sure what to do next...
Posted by Dave at 9:43 PM 1 comment:

Just finished a box of Warlord Royalist cavlary, did a mix of pistoliers and cavaliers. Very nice models. 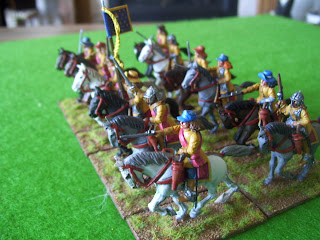 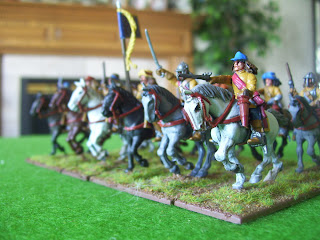 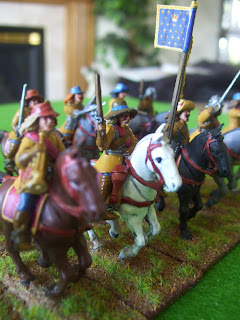 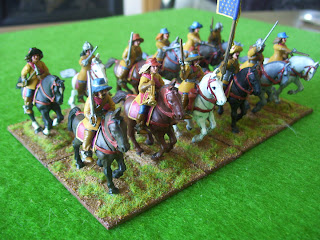 Up next: A box of Covenanters, a frame gun and some characters primed. Plus Mark comes over tomorrow to let me have a chance at Achaemenid redemption.
Posted by Dave at 11:25 PM 2 comments:

First blood spilt for the Achaemenids

and it was mostly Persian. We fought three battles at tonight's EDBAG. Game 1 was a closely fought contest against Ancient Spaniards, it was tied 2-2 with both armies failing to turn the opposing weak side, his general charges my general, both cavalry and both overlapped, so +3:+3. I roll a 1, he rolls a 6. Game over. Obviously, 3:3 is a deadly match-up for my generals (ahem).

Second game saw another Ancient Spanish army that I managed to decapitate by running straight at his general hemmed in by bad going along the flank. OK, so that ploy worked, we can beat these Spaniards if the dice cooperate...

Then we run into Kushites, heavy foot army with bow and and elephant. Bad match-up for Persians since his terrain choice is mostly open. However, we manage to get cavalry and auxilia on the bow in good going, which is our only chance to win. The first combats see 4 dead Persian elements following some very poor dice rolling. 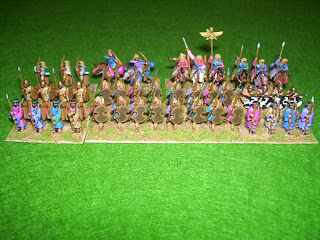 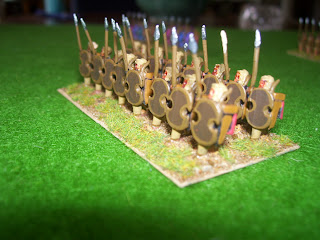 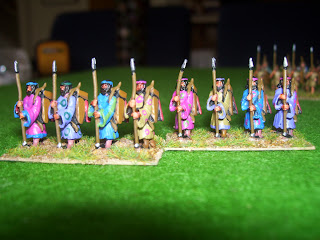 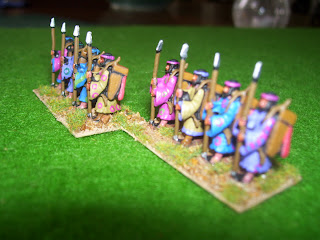 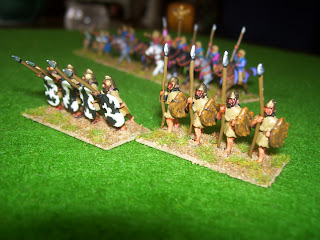 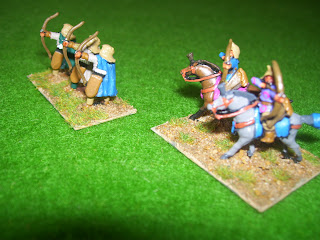 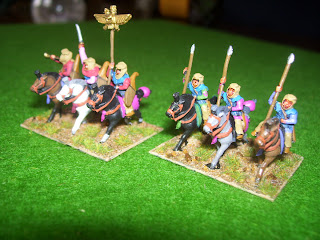 I like the way it looks, but I think it will lose more often than it wins.
Posted by Dave at 1:15 PM 4 comments:

Mark brought over his brand new DBA army today for a test run (I/58 Meroitic Kushites with El (general) 3 Bw, 5 Sp, 2 Bd and 1 Ps). This is quite a formidable army to match-up against, very high combat values, but it has an Achilles weakness in mobility. The only mounted is the El general, which costs 2pips to move and is in danger from light troops. It also looks like a bunch of mostly naked guys wearing animal print underwear, but Mark likes them.

I faced Mark with Sassanids, one of my favourite armies to play since it is 2/3 mounted, but hard to win with since it is burdened with 2 Hordes.

The first game was fought in tight terrain and when my flanking Aux/Ps in the rough got shot in the eye by Mark's bow it went badly for us (loss 3G-2).

The second game was in open terrain and Mark was surgically disembowelled by my LH element which got into his rear and created havoc. However, I lost this game when my Cv general was overrrunning a bow element at even odds and died when I rolled a 1 to Marks 5. He must have fallen out of his saddle and landed on a quiver of arrows pointy-side up. Jammy bugger, I lost again 3G-2 even though his position was completely turned. I had to walk around the deck for a few minutes while steam poured out of my ears.

The third game looked hopeless, his line faced mine and his factors top mine everywhere. Then, for some inexplicable reason Mark marched his blades and bows into a forest where my auxilia and psiloi beat them back, a gap appeared in his line and my cavalry ran over him like a herd of wildebeast on their way to the last waterhole. We won 5-1.

Very interesting match-up, Kushites look hard as nails on paper, very difficult to match up with, but the lack of mobility is a real flaw and if you can get a gap in their line or outflank them they are very vulnerable. However, today the capricious dice gods gave them the balance of games. Grumble grumble grumble....

Up next: Achaemenids on the bench.
Posted by Dave at 4:38 PM 1 comment: