I finished a big batch of 10mm Pendraken Germans for my Western Desert project this week. 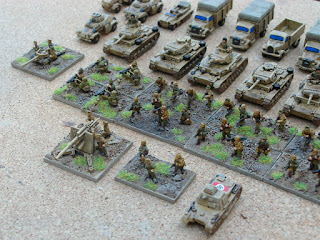 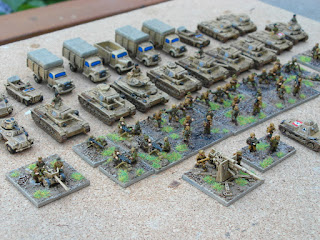 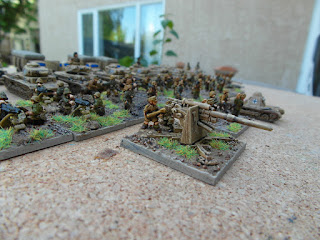 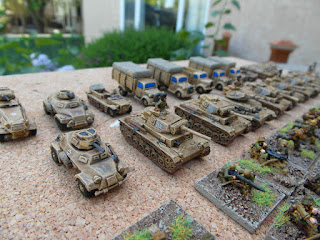 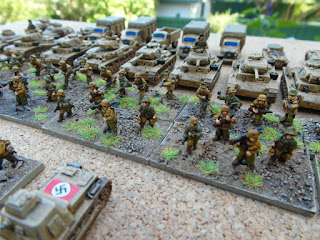 Taurox Prime and some Flames of War

Over the past two weeks I completed this silly looking but very satisfying Taurox Prime model for my Cadian 40k army. I'm seeing this as Eisenhorn's taxi either with Scions or all alone. It is fitted out with anti-squishy personnel weaponry including the gatling cannon, hotshot volley guns and storm bolter - putting out 30 S4 shots at 24" hitting on 3+. Designed for shredding horde units or I like putting that much lead on high value models with invulnerable saves. Lots of chances to fail. 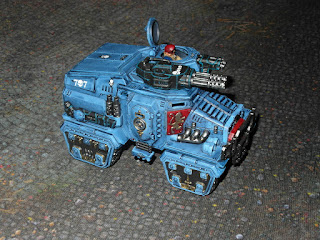 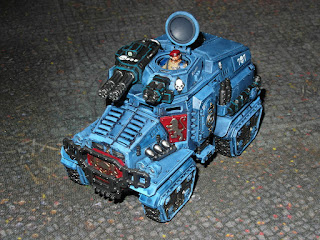 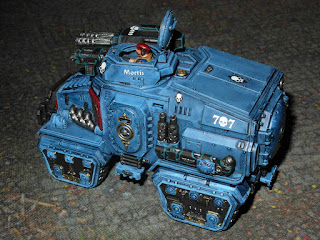 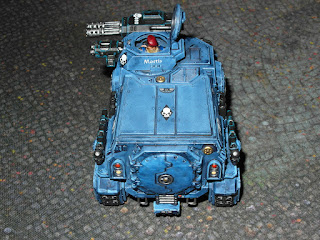 Also completed a battery of Pak 36s and a couple of more infantry guns for my early war 1940 Germans. Pak 36 was fine against light tanks but Dennis has some Matildas in his early war army... so I'm gonna need an 88. 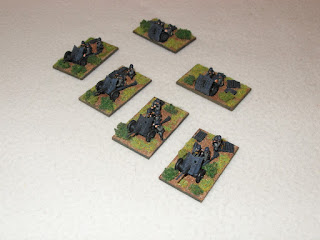 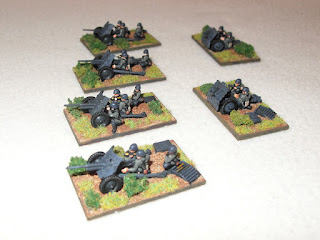 I picked up a couple of early war Stugs for my Flames of War German army along with an Sdkfz 222 to act as a spotter. These are the sweet little Zvezda 1:100 kits, I think they are very nice. 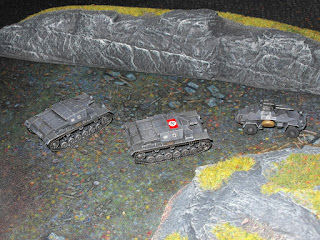 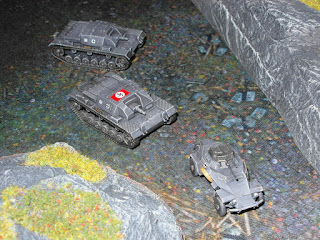 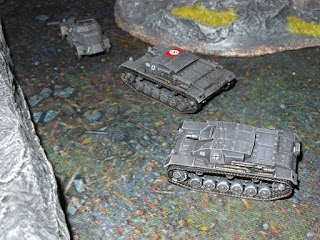