More Persians and the last Bondi


Here we have the last of the Vikings for some time, these are 8 bondi with hand weapons (Crusader 28mm with LBM transfers) to fill out my Saga warband for MayDay. I am not sure whether to field these as Vikings or as Jomsvikings as per the expansion list. I think the Jomsviking abilities are kind of beardy ubervikings, but beardiness/cheesiness goes with being a Viking in most games systems. Usually portrayed as being tough fighters even though their track record against nuns and peasants defines their reputation more so than their track record against more manly foes. 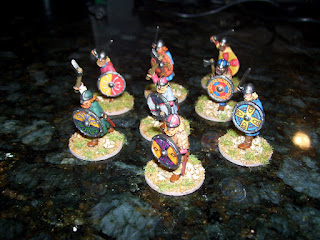 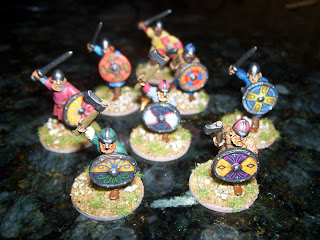 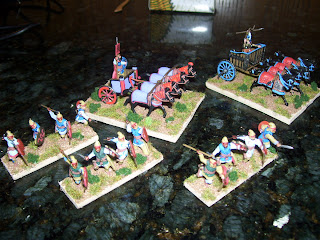 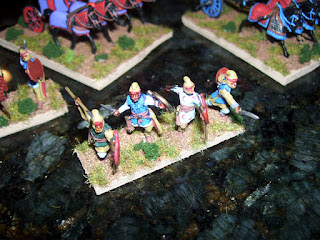 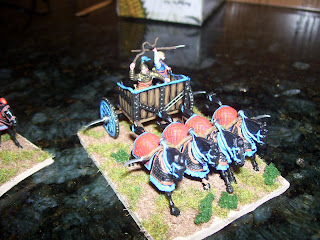 This is a converted Assyrian chariot that will serve as a command stand. 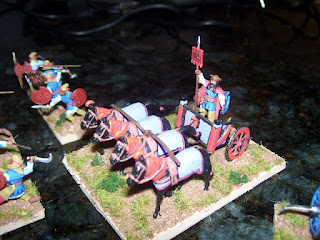