I finished the German forces for a WW2 scenario "Buron" which will pit the 12SS versus Canadians (North Nova Scotia Highlanders) in Normandy. The vehicles are GHQ and I used Adler infantry which are quite good. I will likely run a game using FFT3 at the club next week. 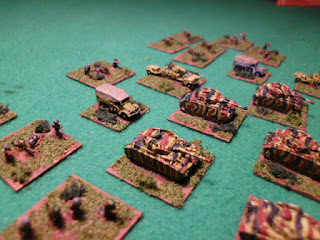 I also painted a box of 54mm Austrians between vehicles (see here, a 1/285 Sdkfz at the feet of 1/32 Austrian grenadiers - looks like Tonka toy) as part of trade with one of the guys at the club. 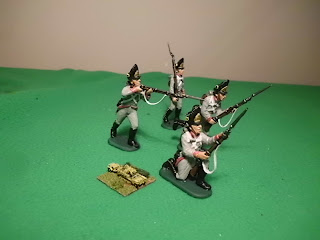 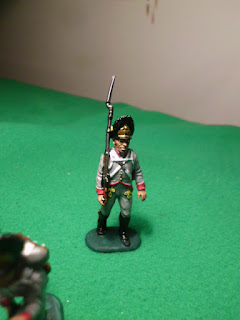 They were quite refreshing to paint after a few weeks of 1/72 and smaller. Great models.
Posted by Dave at 2:22 PM