I just finished a unit of Parliamentary dragoons, I wanted to do Okey's but I don't know anything about their colours. So they will generic- will have to come up with a guidon of some sort. These are converted Warlord musketeers, firelock party and cavalry. Turned out okay, not as nice as the dragoon models purpose made, but I have lots of material to work with so wanted to give them a try. 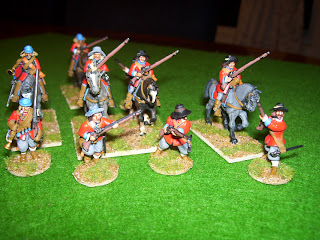 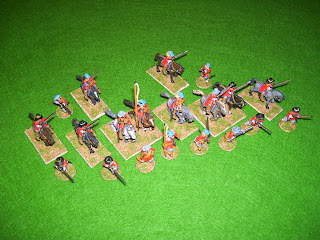 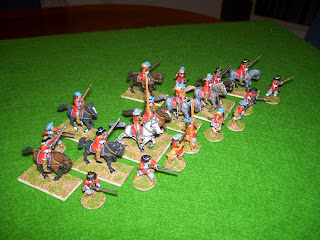 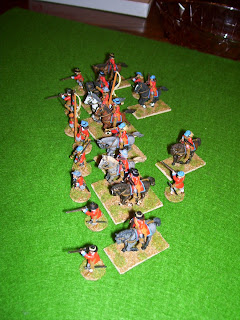 Next up: I have just cleaned and primed a Corvus Belli 15mm Early Imperial Roman DBA army. Nice figs, but it took longer to clean and assemble those than a box of 28mm Warlord plastics!
Posted by Dave at 7:11 PM