Montrose's undead hunters from the highlands

Tomorrow I go over to Bob's for a playdate with the kids and should be able to squeeze in a couple of games of HOTT (Hordes of the Things for the uninitiated, perhaps the most flexible rules system ever created, definitely a consideration for a desert island ruleset if you were only allowed one). Bob has a skeleton 28mm army, so I am going to face him with my Montrose Scots since they have nothing else to do (until Dave Parker bases up the 100s of Parliamentarians I painted for him). I am imagining that Montrose's army has responded to an upsurge of undead activity in the highlands in 1644 or so. Our army will comprise something like Montrose's force:

The Marquis of Montrose himself with mounted highland entourage (Rider General +4/+4, 2AP) 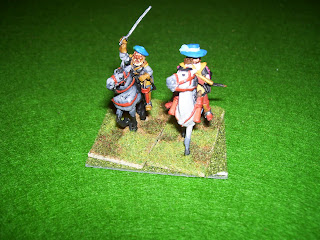 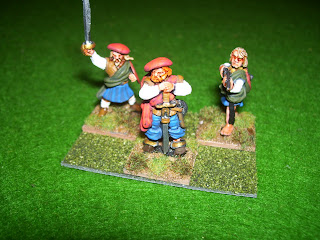 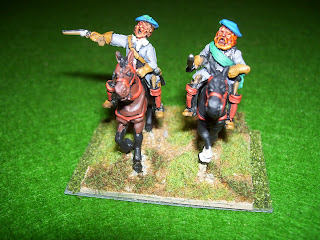 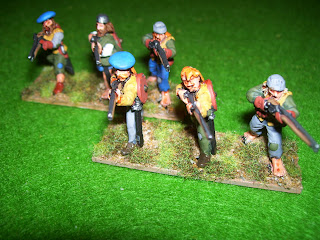 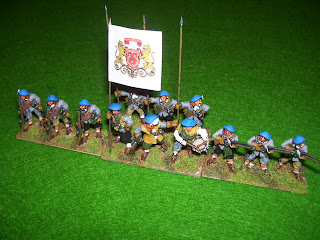 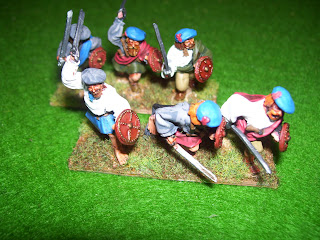 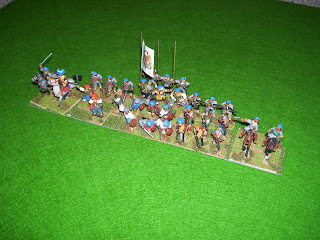