I finished off some remaining ECW command models for my New Model army. These are a mix of Foundry and Warlord metals. 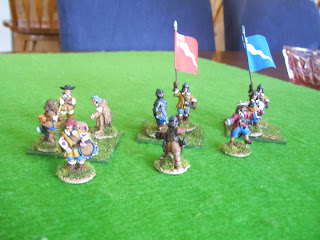 There is a nice command vignette with meeting held over a map on a drum. 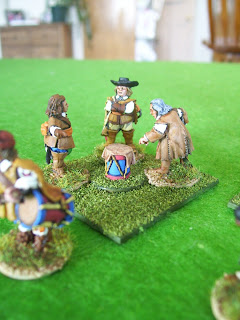 I experimented with using rare earth magnets to make a base for the commander with ensign, but it didn't work very well, two magnets aren't strong enough to hold the figures securely, and there were a real bugger to glue to the base because they would rather stick to each other. This stand has a commander modelled obviously after Dion Phaneuf (captain of my favourite hockey team the Toronto Maple Leafs) 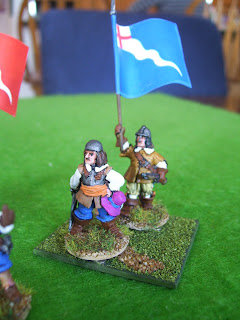 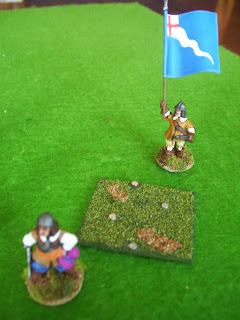 This guy here is a ranter (religious zealot) to inspire the troops (and antagonize the enemy)... 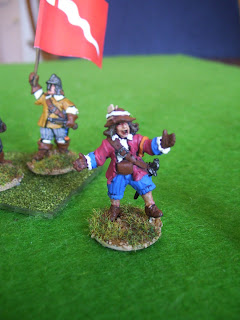 The grenade-boy is very nice: 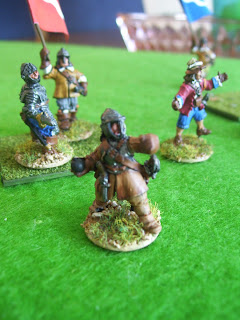 Here is the back view of the commander in chief in conference: 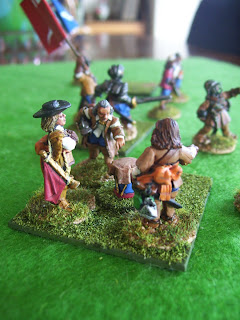 Up next: Celtic slingers
Posted by Dave at 12:24 PM