More Celts and some Saga

I moved this unit of Warlord Celtic cavalry off the workbench this week. Nice models, very animated. Clearly not just out for a pony ride 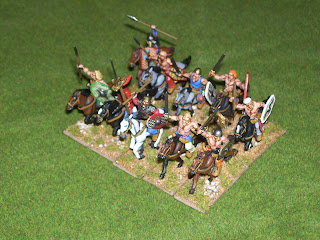 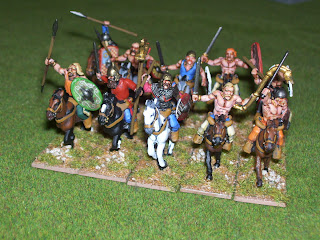 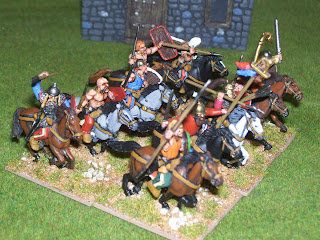 Mark Wall and I also managed a game of Saga this afternoon, my Spaniards (played as Normans) versus his shiny new Anglo-Danes. This scenario was all about holding terrain features. I manoeveed 12 knights onto the main hill very early on to soak up VP, then as his footslogger marched forward I sprung 6 knights into 8 unarmoured warriors and managed to lose what should have been a squash! (my 15 dice hitting on 4+ lose to his 8 dice hitting on 5+...I lost 2:3!). Mark's surname should be "Shield"Wall. 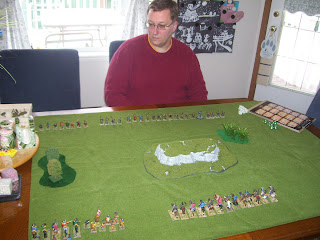 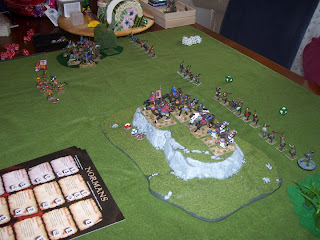 Half my strike force blown, I spent the rest of the game skulking, sniping and getting picked off unit at a time. At the final reckoning, a tie VPs 54:54! 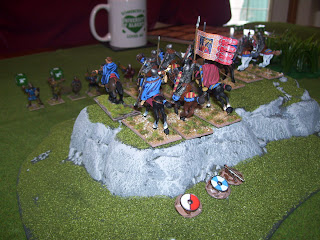