Tonight our DBA Crusades campaign kicked off and we had 6 players starting out.

It was a funny night, there seemed to be a lot of 6s and 1s rolling around everywhere, so despite the armies being fairly balanced, and most of us having relatively little experience with these new armies, there were some pretty lopsided outcomes:

In the first round:


I can only comment on my own game, it nearly gave me an aneurysm with frustration. I had outflanked the Syrians with light horse and bagged two early elements to lead 2-0. Then a disastrous round of 2-2 and 2-1 combats in which I rolled 2s to Dennis' 5s and 6s left me down 3-2 and my left hook dangling in the breeze. Another element soon followed and my head almost exploded with frustration- DBA is starting to drive me crazy, it can turn so quickly on a few dice rolls. Light horse armies are especially unforgiving to a few bad rolls. You need to manouever, so a bad pip roll or two in a row can leave your horsies stalled and exposed, but also the fact that they are only +2 means that they die like flies when the dice are against you. Especially with these army match-ups where there are lots of bow, knight and cavalry to stay away from.


The second round was even more lopsided:

Again, I can only comment on my game. In this case, I again got around the opponents flank and rear, but quickly went down 0-3 after repeated horrendous rolls- I even lost an element when I was up 2-1 with door closed on a 1-6 roll. At this point I gave up and threw cavalry and knights into a wall of bows as a forlorn hope and low and behold, won the game on a series of quick kill overruns. I suppose the lesson is just to play by the seat of the pants, damn the math.


At the end of the game, Byzantines remain at kingdom size 2 (1 territory, 1 city) and Seljuks kingdom size 3 (2 territories, 1 city) 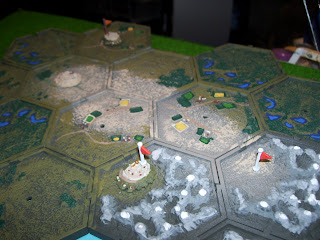 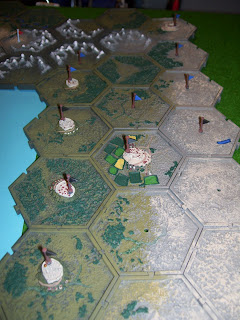 And down in Egypt, the Ayybuds have kingdom size 3 (2 territories 1 city) and the Fatimids kingdom size 2 (1 territory and city). 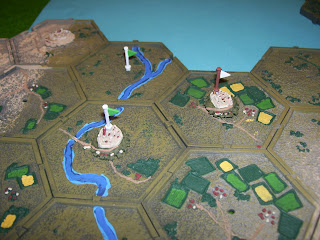 Until next time, when the rest of us need to take those Syrians and Crusaders down a peg or two...

In other news, I finished a unit of dragoons which are a mixture of Warlord, Foundry, Old Glory and some really nice Dixon figures I picked up on sale last month. The Dixon were a nice surprise (most of the dismounted cavalry here) and I wish there were more to be had.

I am getting close to working out a scenario for the campaigns of Montrose, still reading about Aldearn and Kilsyth as potenial battles to try to model, they were both messy, scrappy affairs. 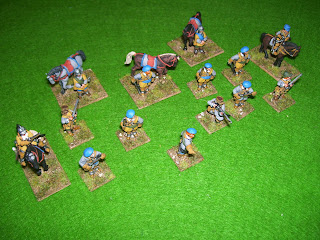 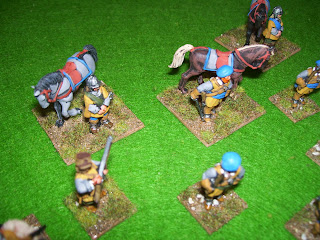 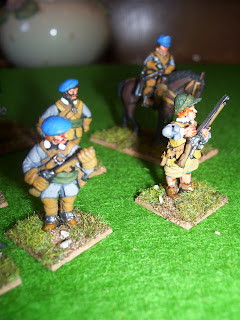 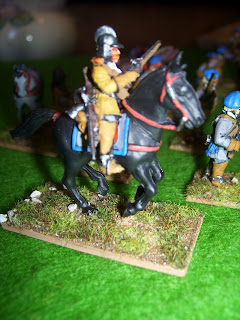 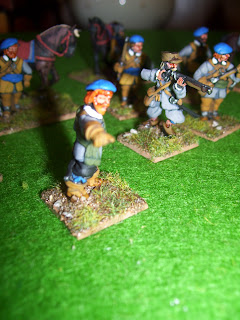