I rebased a bunch of 1/72 Macedonians for DBA (II/12), it is a mixture of Hat and Zvezda who both do some good figures for this period. Alexander himself leads on the right wing with some Thracians, Greeks are on the left, Macedonian pike form the core of the foot with some very useful light troops for support. With a catapult and an elephant it could easily morph into the Imperial version (II/15). 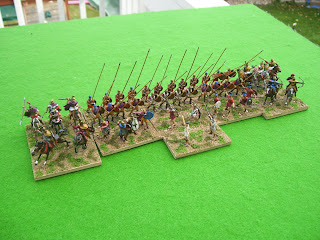 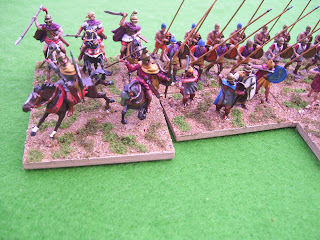 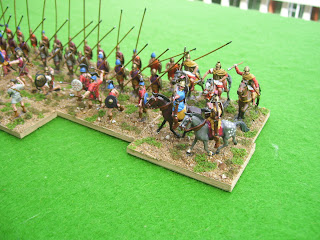 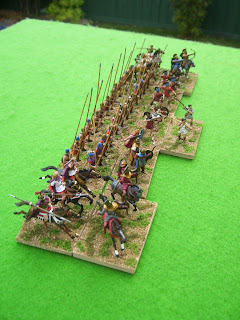 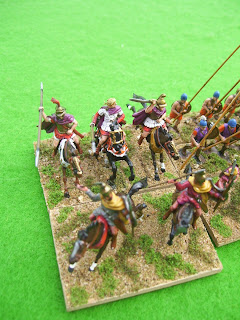 I also dug out enough plastics to put together a late Carthaginian army that I might do next (II/32).
Posted by Dave at 1:43 PM