Awesome, what a great game! I'm still buzzing about it!


Kevin and I played our first game of Saga today, and it was a blast. Lots of tough decisions to make, very colourful, and fun. Everything I had hoped for, to be honest. I think this game has some real legs. What impresses me most is that it is actually innovative, it is not often that new ideas come up in games, but the board and custom dice activation mechanic here is new and really great. Adds both depth and colour to the gameplay in a way I have never seen before.

Our scenario was a Viking attack on an Anglo Danish settlement. I was the Anglo Danes, and to make a long sob story short, we got hammered. I rarely rolled above a 3, and the Vikings rolled over us like the horde of foul smelling, ruthless beasts they were. However, I think that technically speaking, I actually won the game because my Warlord (who was the last Anglo standing) would have been able to re-occupy one of the buildings at game end since the Viking forgot to track him down. But really, Kevin's vikings handed my ass to me.

Some pics, it really was superb. Kevin's awesome scenery didn't hurt much either. I am looking forward to a LOT of dark age gaming. This was the best game I have played in ages, no kidding. 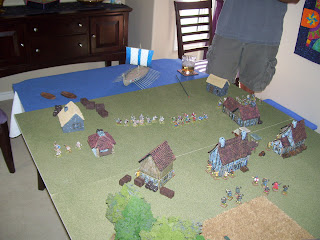 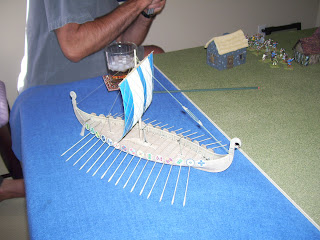 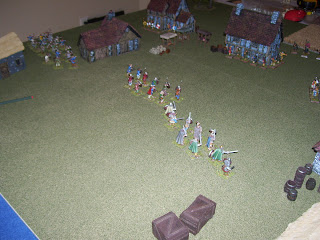 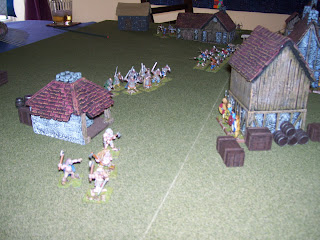 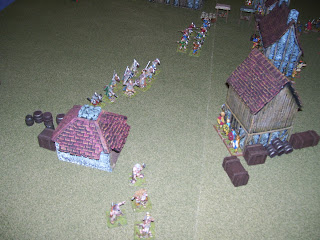 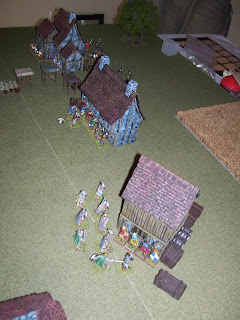 And the newest addition to my home is a 4-foot high cat recreation center, must be nice... 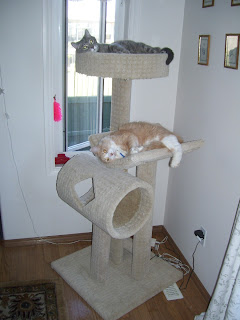